3 Dead And 40 Wounded As Russian Missiles Blast Crowded Mall In Ukraine.. At least 3 people have died while 40 sustained varying degrees of injuries after Russian missiles were fired into a Ukraine shopping mall.

Two Russian missiles were reportedly fired Monday, June 27, into the shopping center, in the central city of Kremenchuk.

A video shared following the attack shows the building — with nearly 1,000 civilians inside — up in flames. 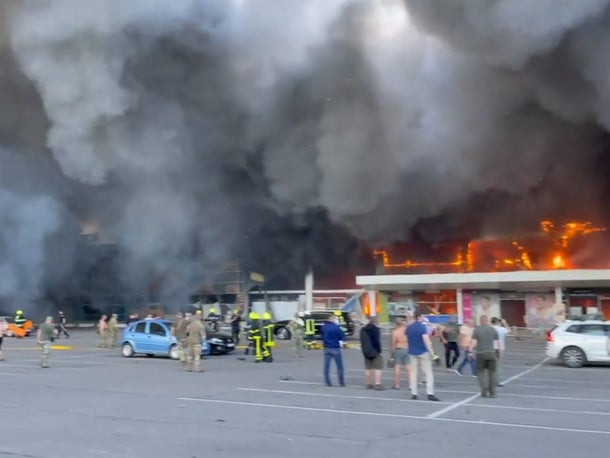 President Zelensky said, “It is impossible to even imagine the number of victims.”

Zelensky confirmed that the mall held no military importance, and was not even near any other military target. 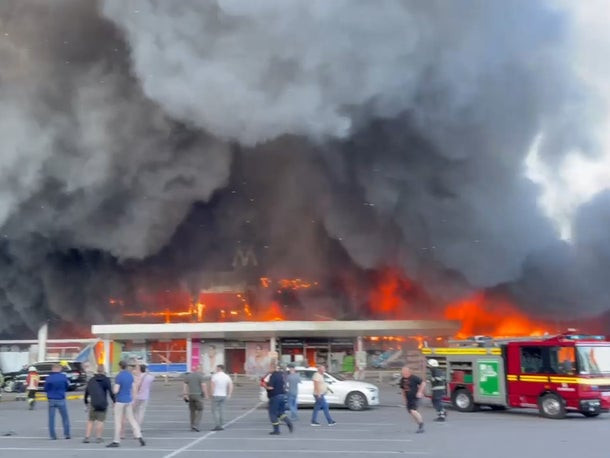 Ukrainian officials call the attack a downright “act of terrorism against civilians”.

Zelensky called it an effort by Russia to stop “people’s attempts to live a normal life, which make the occupiers so angry.”

This shopping mall in Kremenchuk was hit by russian X-22 missiles.
As of 20:00, 10 civilians have been found dead, and 40 injured.
NATO-style anti-missile systems would prevent new tragedies. Delayed action and deep concern will only encourage the russian monsters. pic.twitter.com/AvLOcbGveN

Kremenchug, a city in central Ukraine. A missile attack on a shopping mall, with many ambulances on the scene. Authorities report deaths and injuries, the exact toll not yet known.

There were about 1,000 people in the Amstor shopping center, President Zelensky said. pic.twitter.com/TEp7CSZJnH