A Real-Life “Squid Game” Is Being Organized In Abu Dhabi..  As the fever of the wildly popular “Squid Game” series sweep across the world, fans may have the opportunity to experience a real-life harmless version of the game in Abu Dhabi.

The Korean Cultural Center in the United Arab Emirates is organizing a reenactment of the games seen in the Netflix series for two teams of 15 participants. The event is slated to be held in two sessions on October 12 at the center’s Abu Dhabi office.

“Squid Game” premiered on Netflix on September 17 and skyrocketed to the No. 1 spot in the US, Netflix’s public rankings showed. The show is a Korean-language drama centers on a contest where 456 players, drawn from different walks of life but each deeply in debt, play a set of children’s games with deadly penalties for losing with the chance to win a ₩45.6 billion ($38 million) prize.

The center’s event page said four out of the six games seen in the Netflix series would be played during the event. These include the “Red Light, Green Light” and “Dalgona Candy” challenges, both of which spawned trends on TikTok. Players would also get to try their hand at the “Marbles” and “Ddakji” (paper-flipping) games seen in the series. 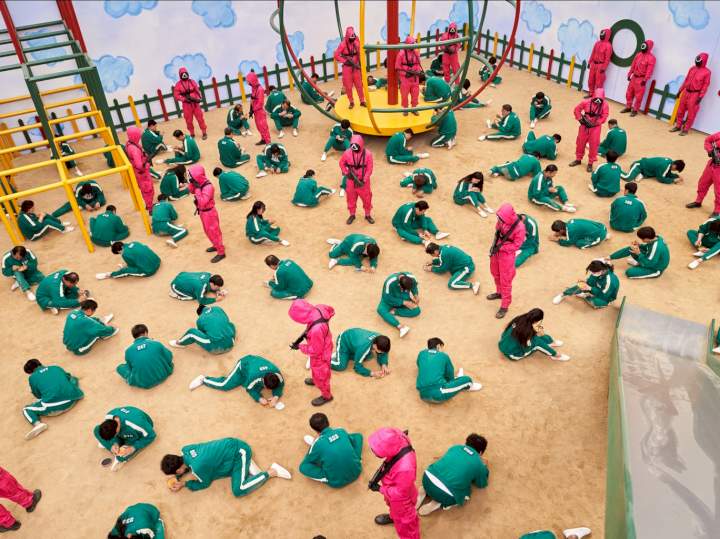 But instead of $38 million, each winner is expected to be given a customized green tracksuit. Sadly, there’s no prize money.

The center’s games are expected to be held in two-hour, tournament-style sessions, and the eliminated players would get to watch the rest of the games from the sidelines.

To apply to join the UAE’s version of “Squid Game,” applicants must fill out a form containing three questions that tests them on their basic knowledge of the Netflix show.

Nam Chan-woo, the UAE Korean Cultural Center’s director, told the local media outlet Khaleej Times that the participants would be dressed in T-shirts bearing the show’s logo, while the event’s staff would don the pink circle, triangle, and square costumes that the show’s guards wore during the show’s death games.

“Just as K-Pop gained worldwide popularity through YouTube in the 2010s, I think platforms such as Netflix would be a channel for the global spread of Korean video content such as dramas and movies,” Nam told Insider.

Nam added that the event was being held to introduce Korean culture and the childhood games Koreans play to the people of the United Arab Emirates.

“The games played in the Netflix series are popular amongst children in Korea and remind Korean adults of nostalgic childhood memories. But similar traditional games are played by children here in the UAE, too,” Nam said. “I hope the global popularity of ‘Squid Game’ will be an opportunity to spread other aspects of Korean culture, too, such as Hangeul, taekwondo, as well as K-dramas and movies.”

Don’t Miss Out On The Latest Happening >>> More Gist  @ >>   HypeGist
READ ALSO;   why do People feel I have a Scary Face-Ugezu Quizzes