American Women To Go On Nationwide s3x Strike In Protest Over Abortion Ban..  Women in the US are threatening not to have sex with men in protest of the Supreme Court’s decision on Friday, June 24 to illegalize abortion as pro-choice supporters organized rallies all across the US through the weekend.

There has been national outrage especially among liberals following the court’s ruling to overturn women’s federal right to abortions, with 26 states expected to further restrict or outright ban abortions.

Some women on social media are now planning to withhold sex from men ‘until abortion rights are federal law.’

‘Women of America: Take the pledge. Because SCOTUS overturned Roe v. Wade, we cannot take the risk of an unintended pregnancy, therefore, we will not have sex with any man — including our husbands — unless we are trying to become pregnant,’ one Twitter user wrote.

There were also calls for ‘sex strike’ across the country as terms including #SexStrike and #abstinence began trending online. 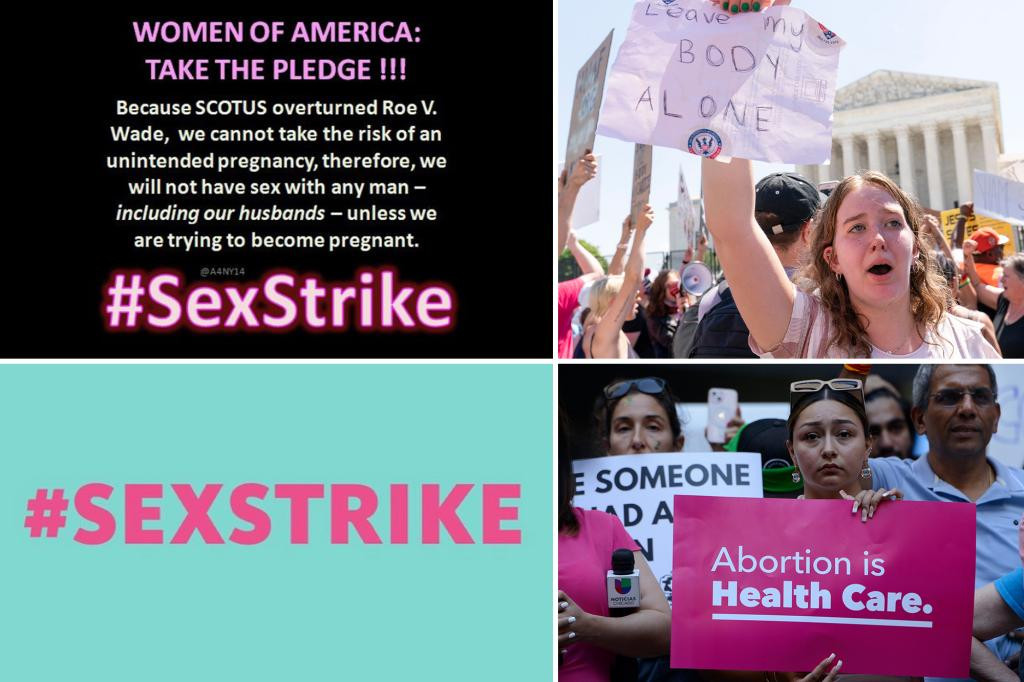 ‘I live in New York and I am DOUBLE FURIOUS with the Supreme Court. I want to find people who are coordinating a mass sex strike. That is our power,’ another woman raged. ‘Women have the power here. No more sex until abortion rights are federal law.’

Another supporter wrote on Twitter: ‘Womxn! Calling for a national #sexstrike  No sex with men until women’s rights are codified by law. #Allmen #Underhiseye.’

‘Perhaps a #sexstrike (also known as #abstinence) would help the men folk to be all in on this #womensrights issue,’ another Twitter wrote.

Others posted a graphic that read: #SexStrike. If our choices are denied, so are yours.’

‘If you’re a man who won’t get a vasectomy, even though it’s reversible, and you’re not out in the streets fighting for my rights, you do not deserve to have sex with me,’ .

‘I think it’s absolutely valid for us to be withholding the Holy Grail that men seem to think is important,’ Caroline Healey told The Post during a protest in Union Square on Saturday.

‘Why shouldn’t we withhold it if we’re always worried that they’re not going put a condom on, that they’re going take one off after we ask them to,’ she added. 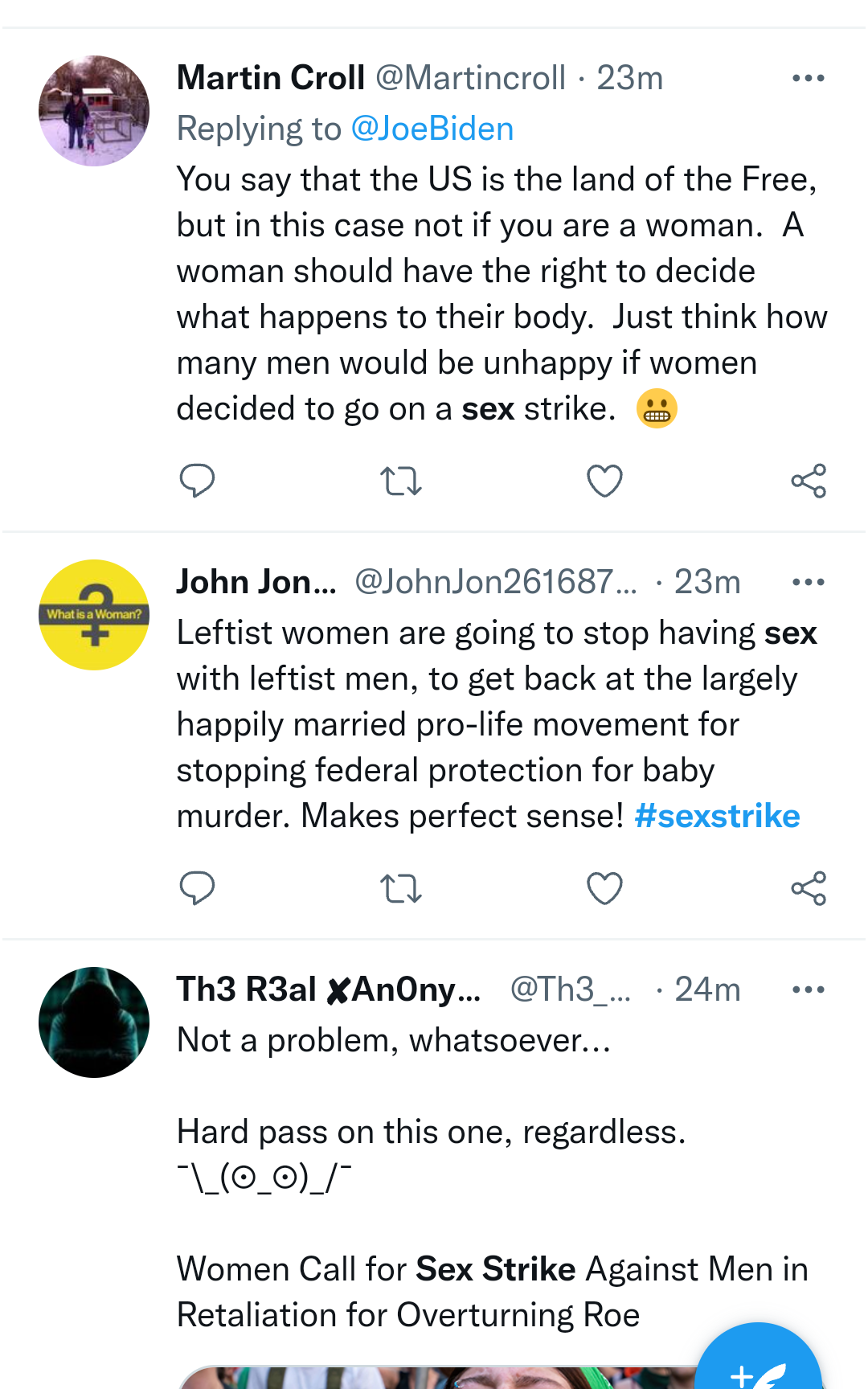 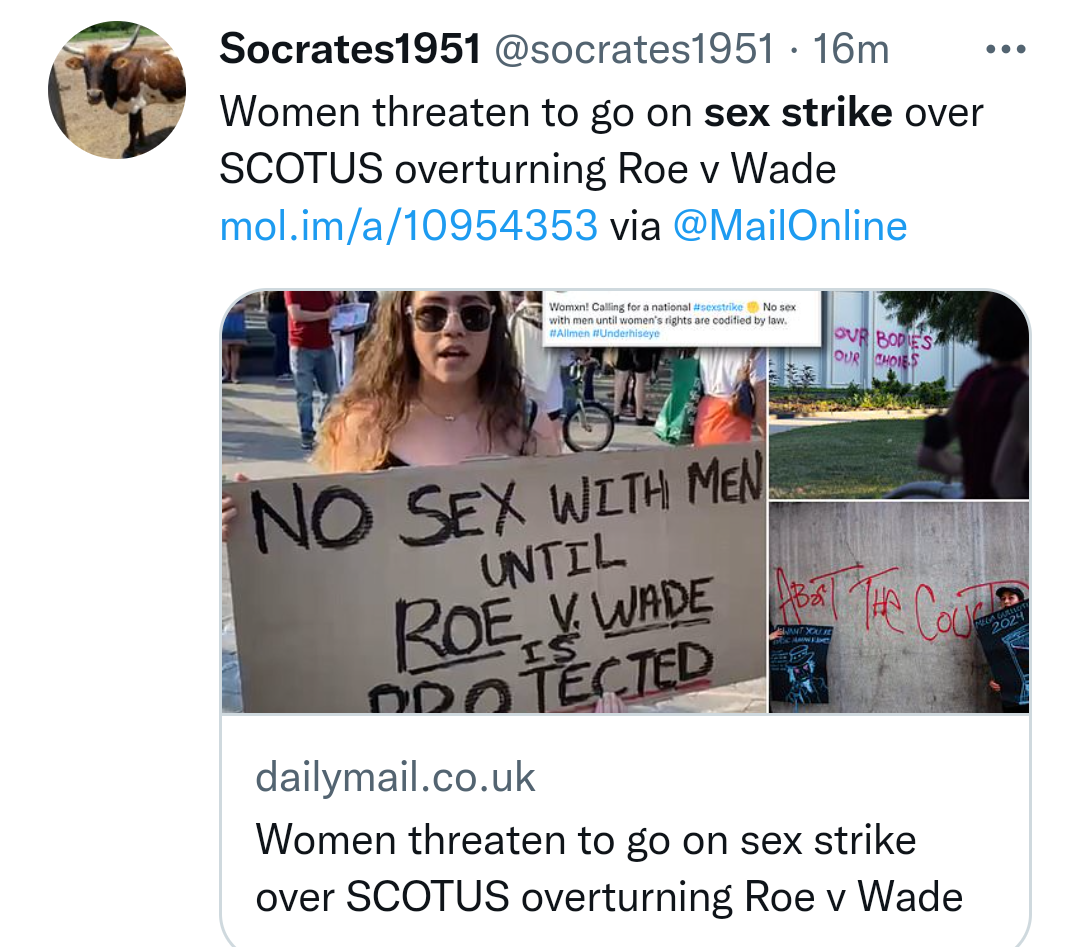 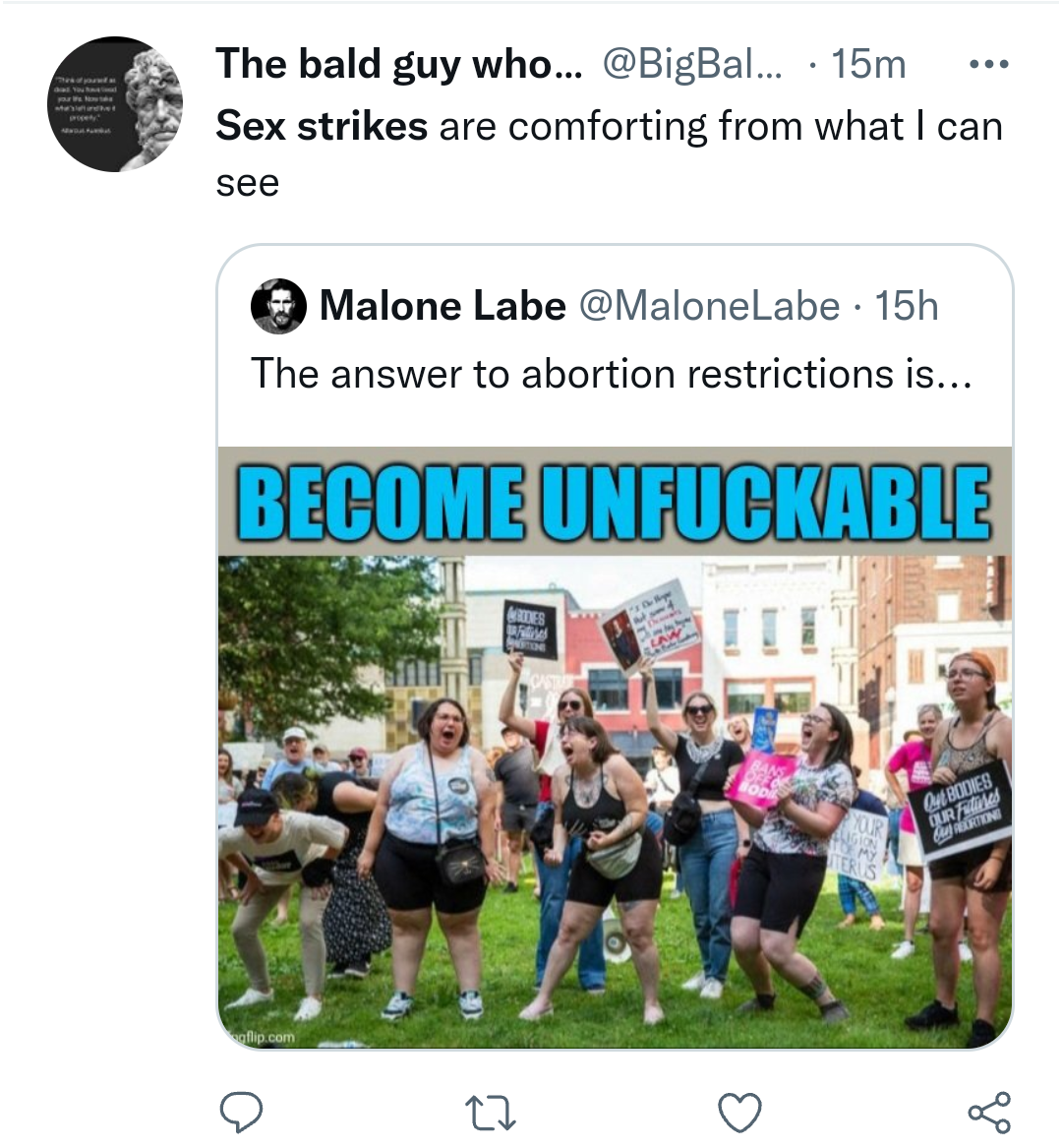 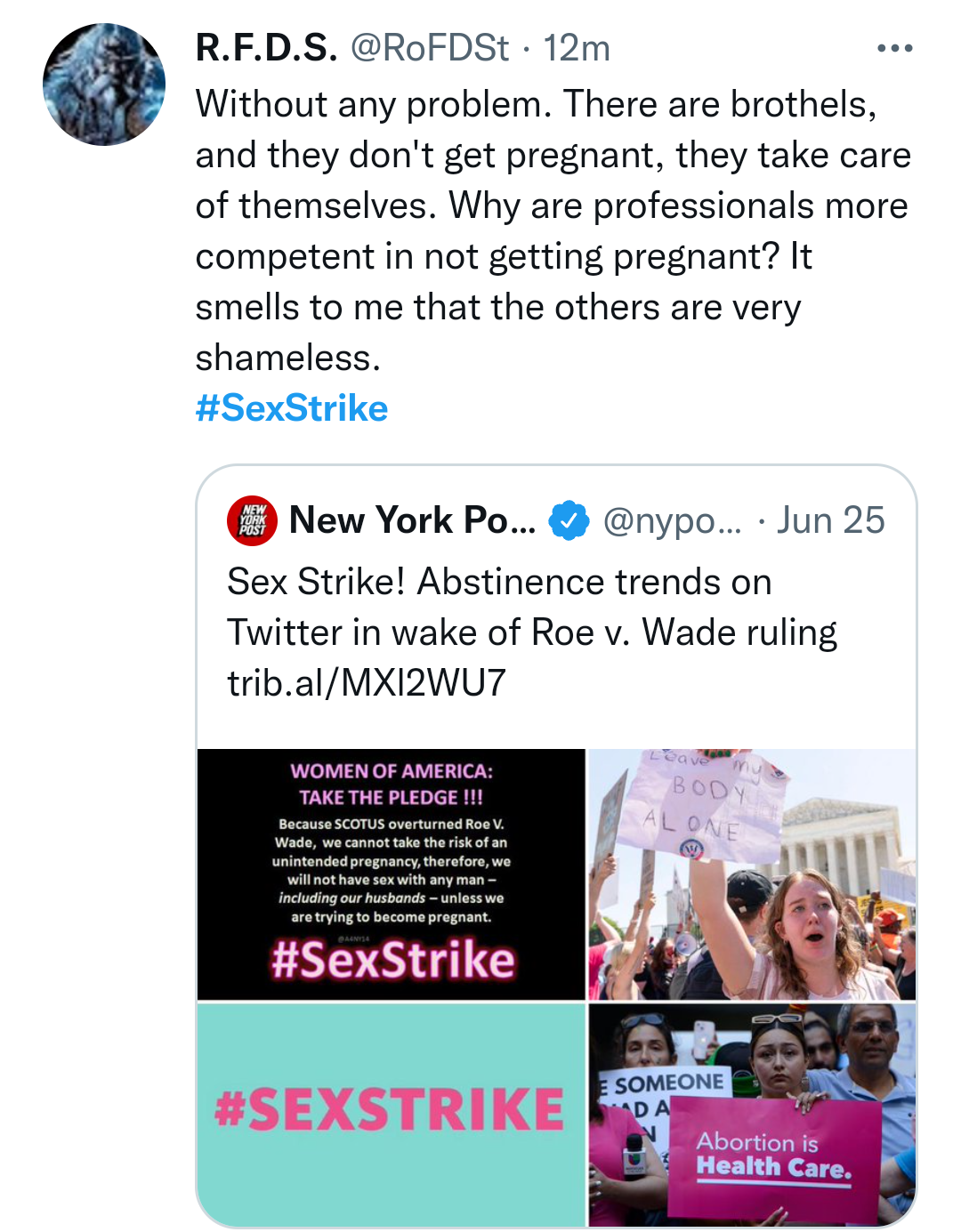 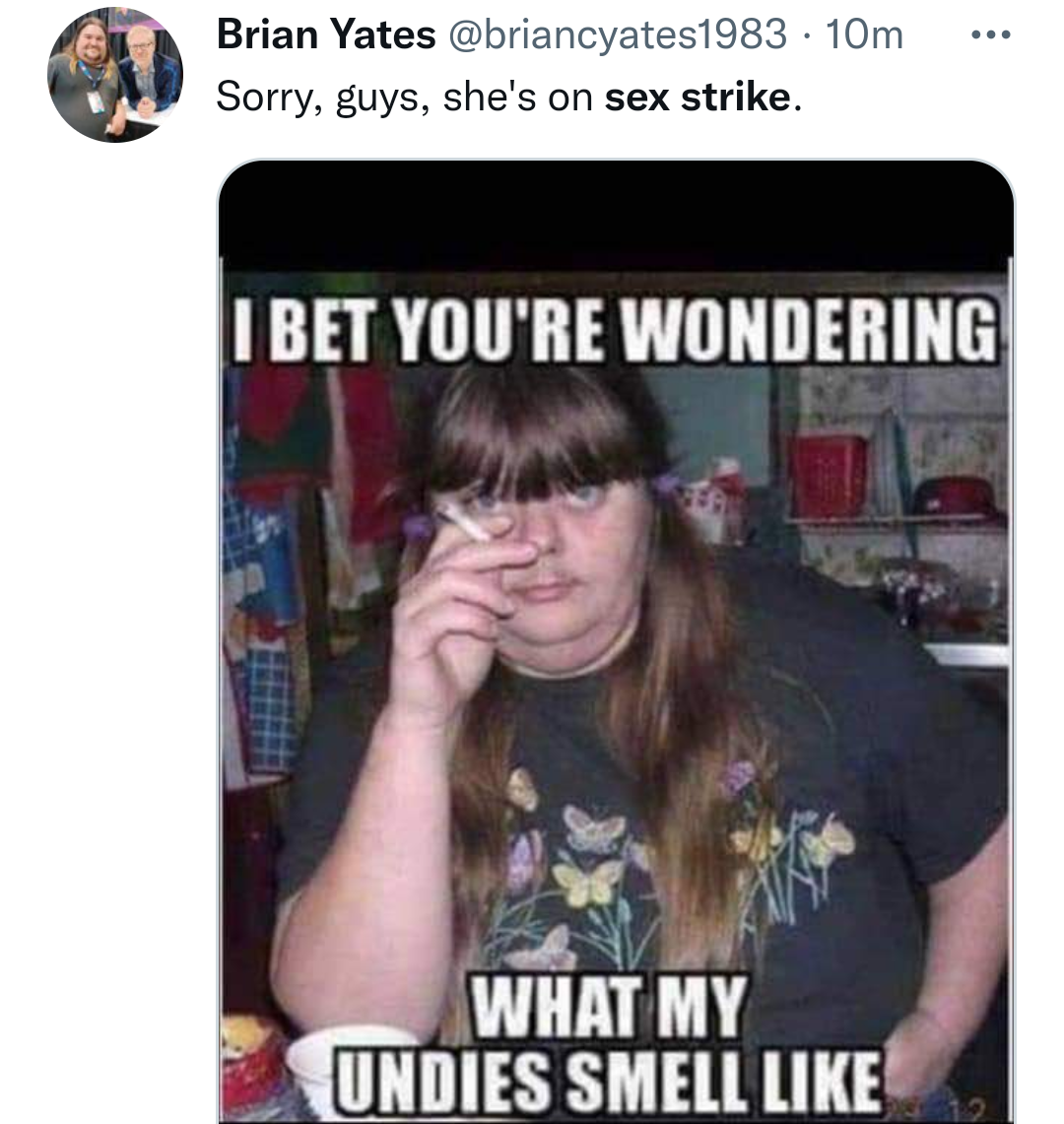 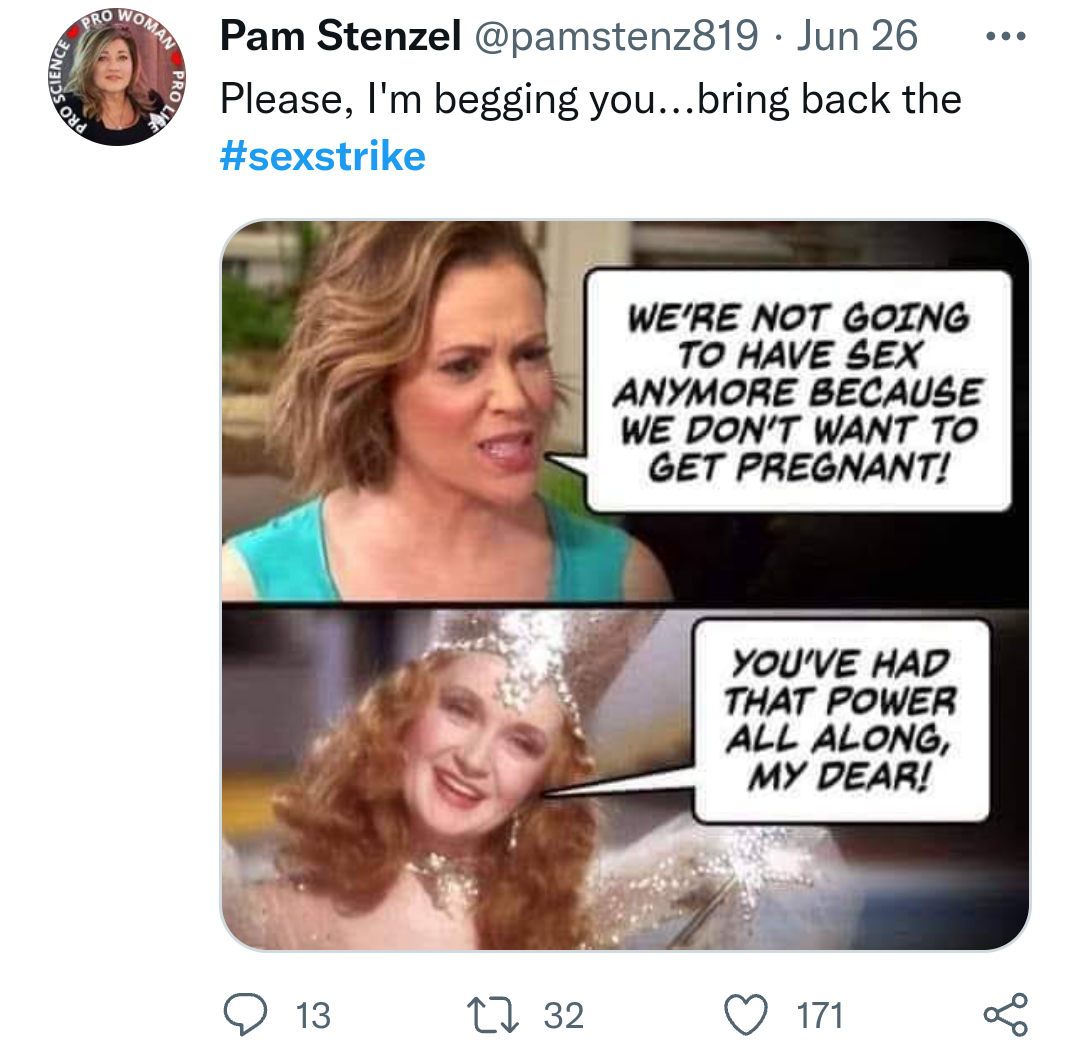 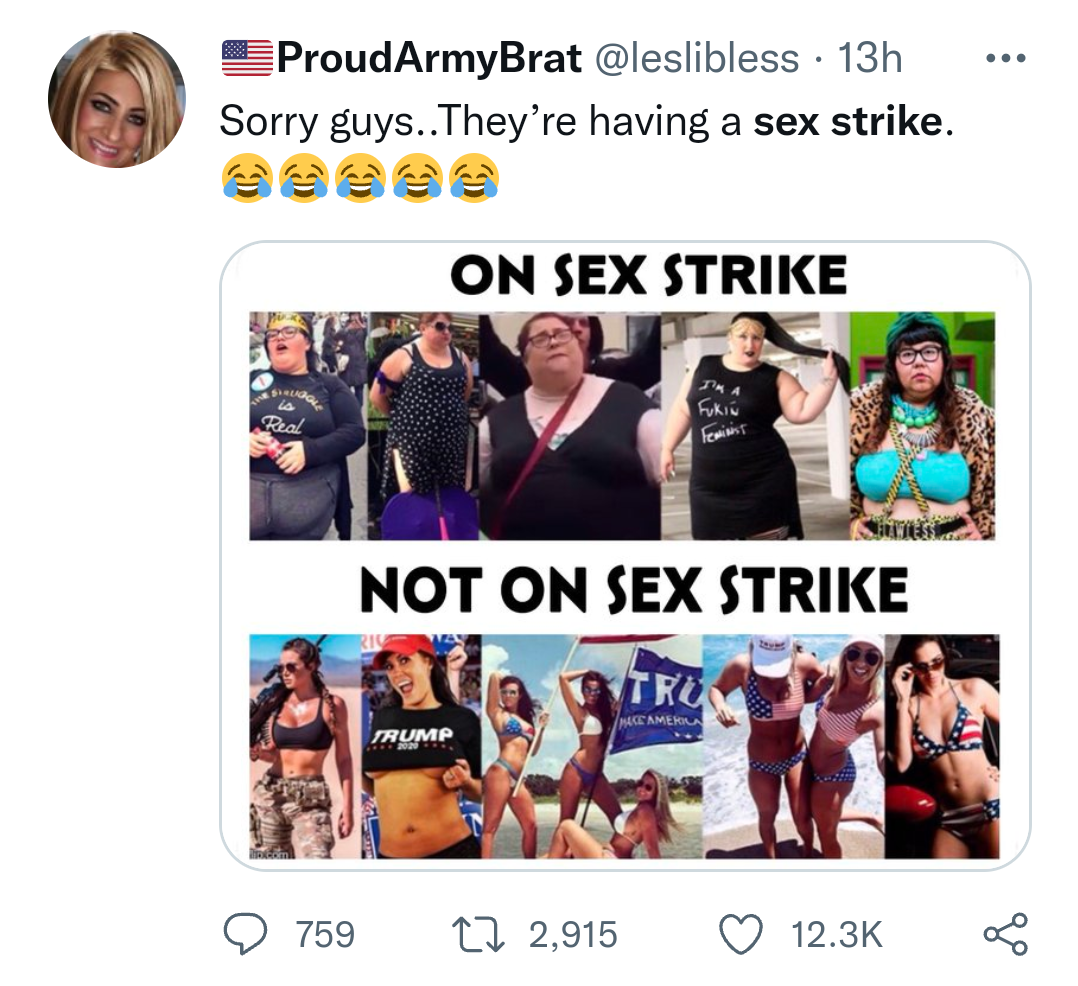