Bill Gates celebrated his 66th birthday with Jeff Bezos at an intimate party in a secluded Turkish cove, reports say.. Bill Gates, formerly the richest man in the world, invited fellow super-rich billionaire — Jeff Bezos — to a private birthday party in a Turkish cove near Bodrum, according to local media.

The Microsoft founder, who has an estimated net worth of $136bn, celebrated his 66th birthday with Bezos and 50 other guests at Sea Me Beach in Fethiye, beside the Mediterranean, on Wednesday, the Turkish newspaper Daily Sabah reported.

Guests were helicoptered from Bill Gates’s megayacht, Lana, to the secluded and picturesque cove. He is currently renting the yacht for 1.8 million euros per week, according to reports. 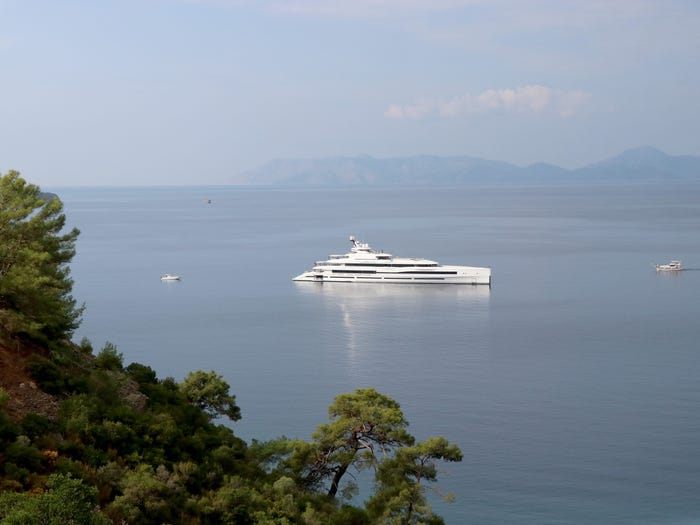 Gates has been vacationing along Turkey’s coast and visited the popular tourist destination Bodrum last week, per reports.

Gates’s birthday celebration lasted for about four hours, according to the Daily Sabah. Local seafood, sushi, and pizza were on the menu, with plenty of champagne on offer, the media outlet reported.

Those working at the venue were not allowed to use their phones in order to protect attendees’ privacy, the Daily Sabah added.

Bezos reportedly returned to his own yacht, docked in Gökova, by private helicopter. The “Flying Fox,” which the former Amazon CEO is believed to own, was previously spotted in Turkey in 2019, Insider reported.

Madonna, slams Instagram for taking down post of her exposed n!pple, reposts edited versions of the expl!c!t photos

“Do not wait for a story to become trendy. you be the breaking news.”-Derrica wilson speaks on publicity of missing people by color

Pink Pantheress, Faouzia and More New Artists to Watch for the 2022 Grammys

Lady Gaga and Jared Leto Talk Their ‘House of Gucci’ Transformations: ‘It Was An Immersive Experience’

Hannah Brown Tells All About ‘The Bachelorette’ Relationships, Faith and Past Controversies in New Book