Bongani Zungu Spotted Kissing An Actress In Public.. The return of Bongani Zungu as a free agent to South Africa after his contract with Amiens Sporting Club ended at the end of the 2021/2022 season, has been the biggest transfer story in the country as no less than three clubs are said to be after his signature.

The talented central middlefielder is being linked with a move to Kaizer Chiefs Football Club, Mamelodi Sundowns Football Club, and Orlando Pirates Football Club to name a few clubs that have shown to be interested in acquiring his services ahead of the 2022/2023 season.

The 29-year-old is tipped to return to Chloorkop after he revealed on live radio two weeks ago that only his former side, Sundowns have made contact for his service in South Africa and that send a shockwave in the country, as many thought Chiefs were leading the race for his signature.

Outside football Zungu is dating arguably one of the most beautiful and talented actresses in South Africa, Cindy Mahlangu who is well known for playing the role of Siyanda in the Mzansi Magic soapie drama, The Queen which is aired on weekdays at 9 pm.

The couple is blessed with a baby boy and is also rumoured to heading to be getting married shortly, as their love is growing and getting to a level where they are ready to grow old and grey together.

Zungu who is known to have cheated on Cindy on multiple occasions shared an image on his Instagram story, @bonganizungu kissing the love of his love on the cheek with bystanders looking on, and the model smiling and enjoying every minute of it. 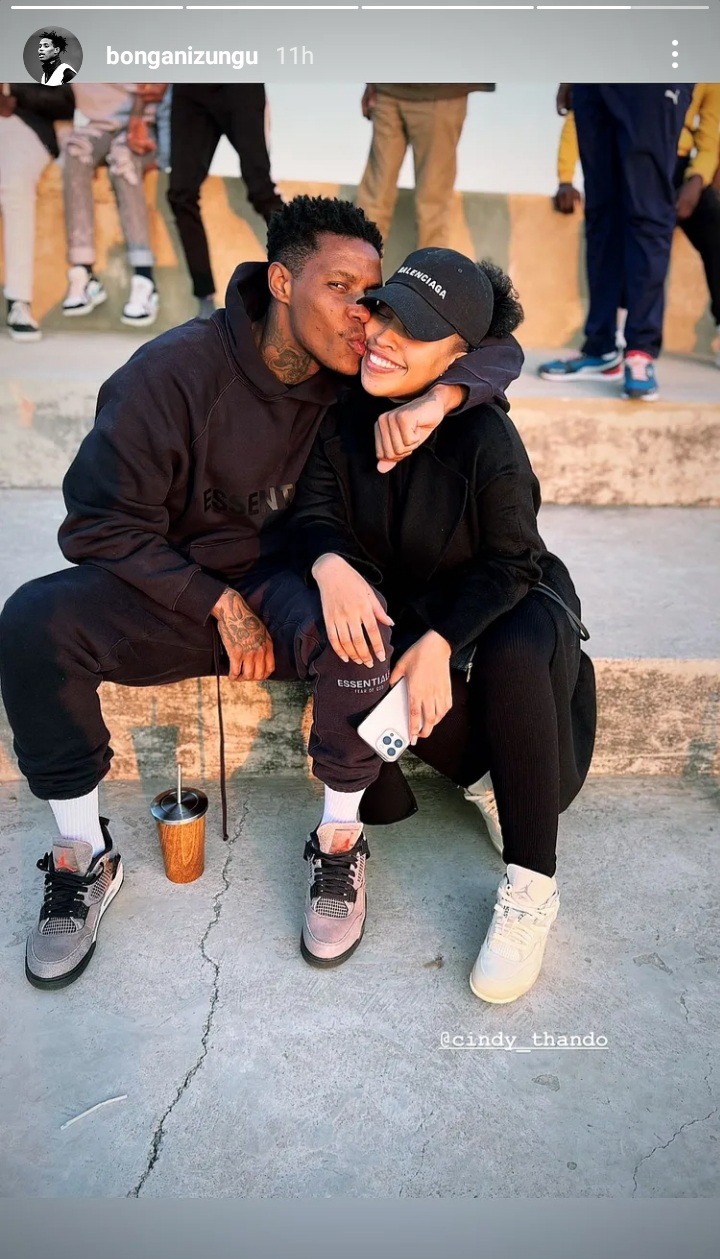 Pictures Of Khanyi Mbau And Kudzai’s Vacation In Sydney Australia

Bonang Matheba Shoots Her Shot At Rhythm City Actor Suffocate Ndlovu, Vows To Be A Stepmother

Watch | Toss Comes Up With A New Dance Challenge For Mzansi

UZALO: Watch As Cupid Shoots An Arrow Into MaDongwe’s Heart