Klitschko, who is the longest reigning heavyweight champion in history, and dominated the boxing scene with his brother Vitali for over a decade, joined the reserve army on Wednesday, February 2.

Ukraine has been preparing for a possible military attack after Russia assembled hundred thousand of troops near Ukraine’s borders in recent weeks, though Moscow says it has no plans to invade.

READ ALSO;   Bill Gates transferred another $2 billion worth of stock to ex-wife Melinda, totaling $6billion he has transferred to her since their divorce announcement

Both Wladimir and his brother Vitali Klitschko, the Mayor of Kyiv, were present during the opening of a Territorial Defence Forces recruitment centre in the capital on Wednesday. “One district from here, my little girl is going to school. The school is currently closed because the ambassadors have sent the families home,” Wladimir Klitschko said, referring to a partial drawdown by some embassies.

“It is the love, the love for my city, my home, my family, my neighbours, my daughter that has brought me here today, that I took this initiative and am now taking part in this territorial defence.” 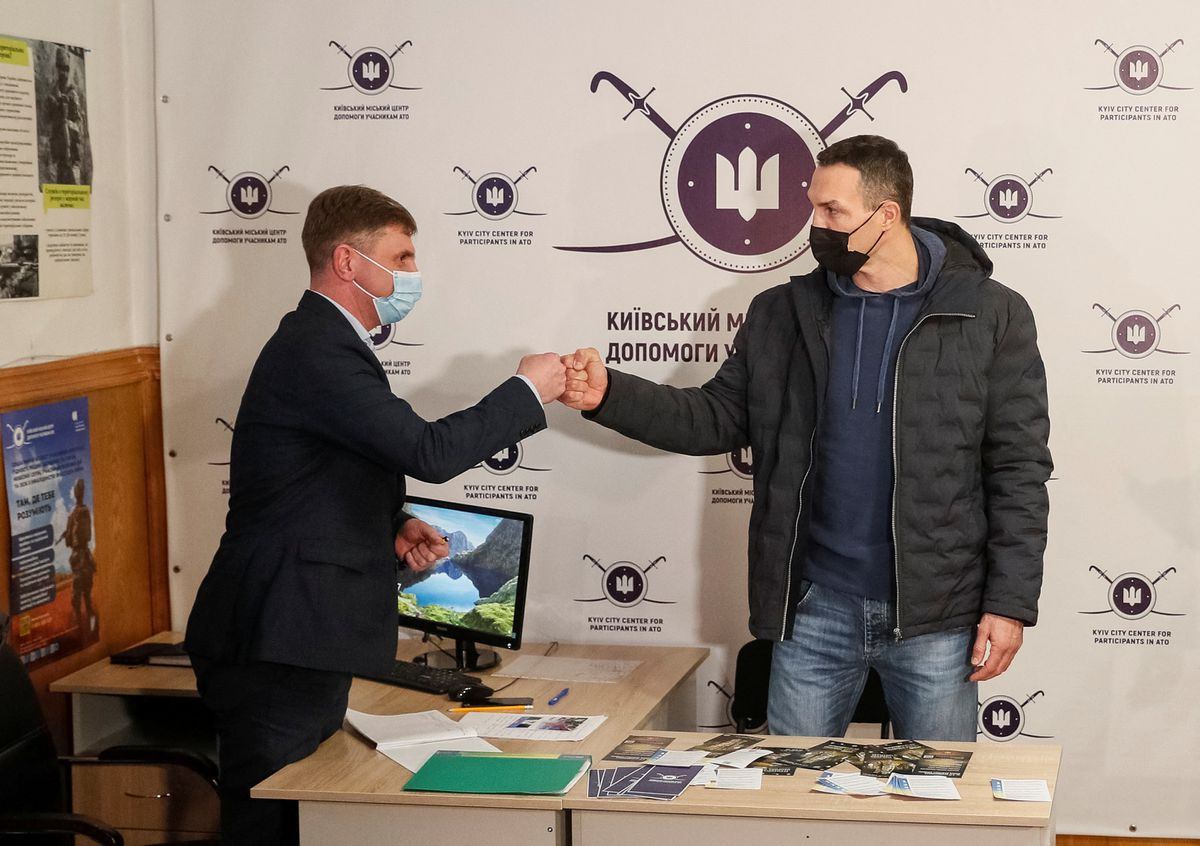 A diplomatic solution to the conflict with Russia is preferred, according to his brother, Mayor Klitschko. “If not, we have to prepare to take weapons in our hands, and defend the country,” he added.

Both brothers spent part of their boxing careers in Germany and have a huge fanbase in Germany .

Mayor Klitschko last week joined a long line of Ukrainian critics against Berlin, which has refused to supply weapons to help Ukraine defend against Russia.

“I would say I am grateful to Germany, because no other country – we are always very critical – has invested into Ukraine as much as Germany has in the past few years,” he said, speaking in German.”

READ ALSO;   Mikaela Shiffrin left heartbroken and speechless after recording her second "did not finish," or DNF, of the Winter Olympics.

Germany is the number one, and then all the other countries that supported us. I want to say ‘thank you’ for this support.”

Salman Rushdie Attacked On A Lecture Stage In New York