Rihanna and Rocky, who started dating in 2020 after years as friends, confirmed they were expecting their first baby together on January 31, 2022, with baby bump photos of Rihanna.

Following the announcement, Drake, who has made no secret his love for Rihanna, unfollowed both Rihanna and Rocky. Drake and Rihanna were rumoured to have dated but the pair denied it. 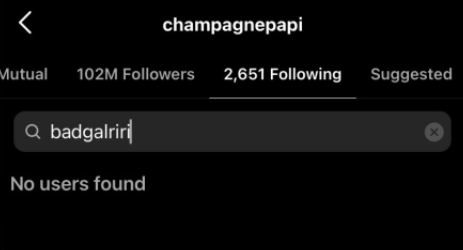 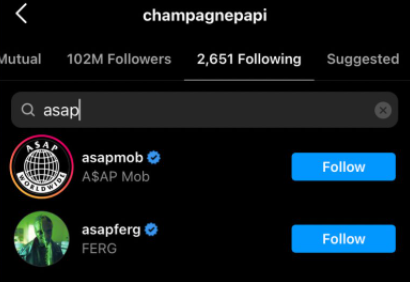 He has now re-followed Rocky after it made headlines that he unfollowed him. But he’s still not following Rihanna.