According to Bloomberg billionaire Index of 500 leading billionaires,
Elon Musk’s personal wealth is now $222 billion, widening the gap between him and Bezos.

Jeff Bezos net worth is now estimated at $191.6 billion.

Thanks to both Musk’s Tesla shares and his majority stake in privately-held SpaceX, where he serves as CEO, Musk has accumulated vast wealth.

Musk gained $8.6 billion since Friday’s closing and more than $52 billion year-to-date, the Bloomberg Billionaires Index said, according to CNN..

Tesla (TSLA) shares are also climbing, as they recover from a rocky year.

Still, that’s a big improvement from when they were down 22% for the year in May.

According to the Index, Americans dominated the Top 10, with Frenchman, Bernard Arnault, occupying the third place with $155 billion. 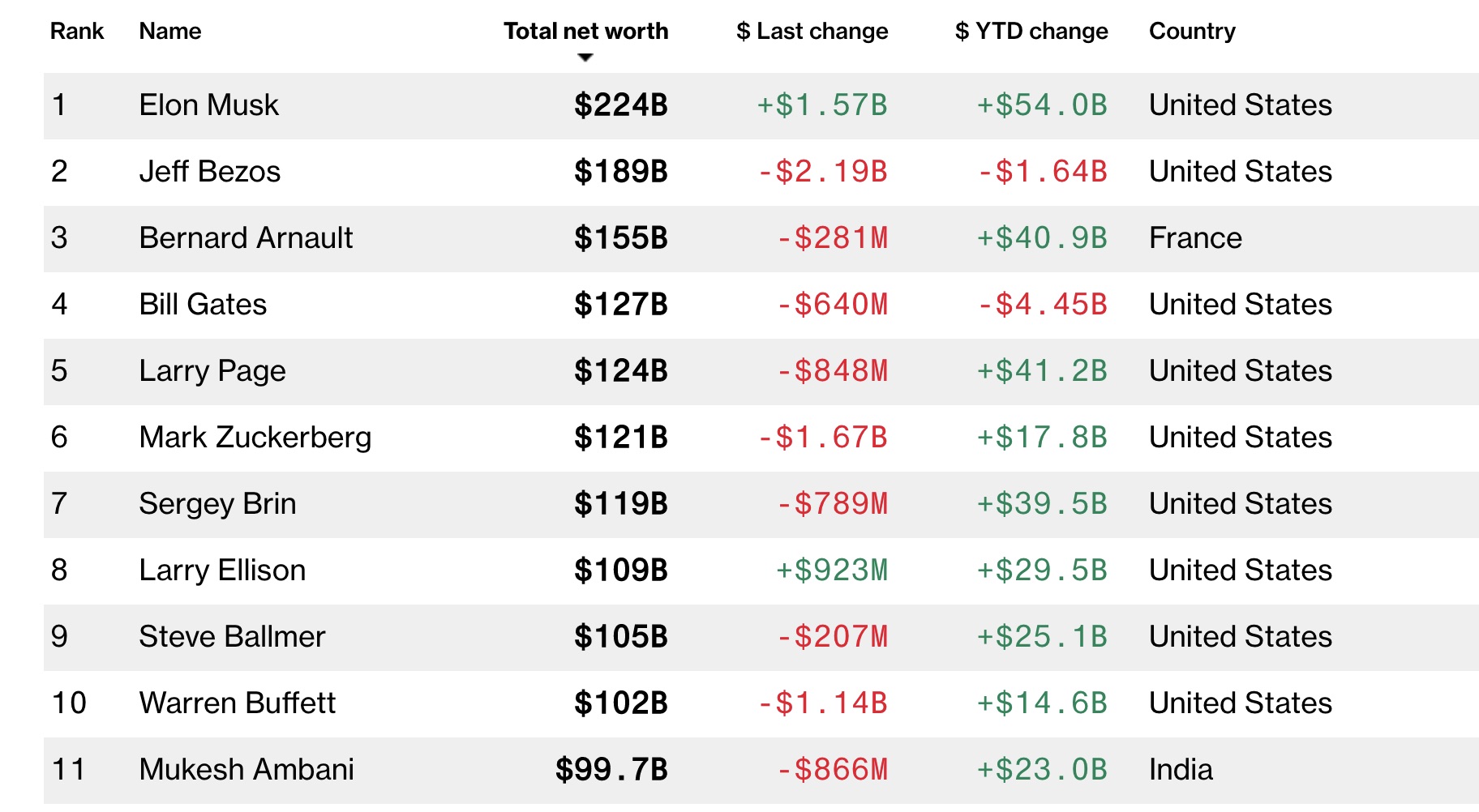 Johannesburg Development Agency (JDA), Terminates The Contracts Of Some Of Its Service Providers Due To Several Project Delays And Poor Workmanship.

One Of The Catholic Church’s Most Senior Members Arrested In Hong Kong For Breaking China’s National Security Law.

Sri Lankans criticises a Wednesday night speech by President Gotabaya Rajapaksa in which he ignored calls to resign and vowed to restore order.

Finland’s President And Prime Minister Calls For The Country To Apply For Nato Membership “Without Delay”.