Goodfellas Actor Paul Sorvino Dies At 83.  Veteran American actor, Paul Sorvino has died at the age of 83 after battling health issues over the past few years.

His publicist, Roger Neal told DailyMail.com Sorvino died Monday morning, July 25, in Indiana of natural causes. His wife of eight years, actress and political pundit Dee Dee Benkie, was by his side.

‘Our hearts are broken, there will never be another Paul Sorvino, he was the love of my life, and one of the greatest performers to ever grace the screen and stage,’ Benkie said in a statement.

The actor’s daughter Mira Sorvino, a Hollywood star in her own right, wrote on Twitter: “My father the great Paul Sorvino has passed.

“My heart is rent asunder – a life of love and joy and wisdom with him is over.

“He was the most wonderful father. I love him so much. I’m sending you love in the stars Dad as you ascend.”

READ ALSO;   Kane Brown Talks Collaborating with H.E.R., His Next Album, and Dealing with Anxiety—”You’re Not Alone in the World” 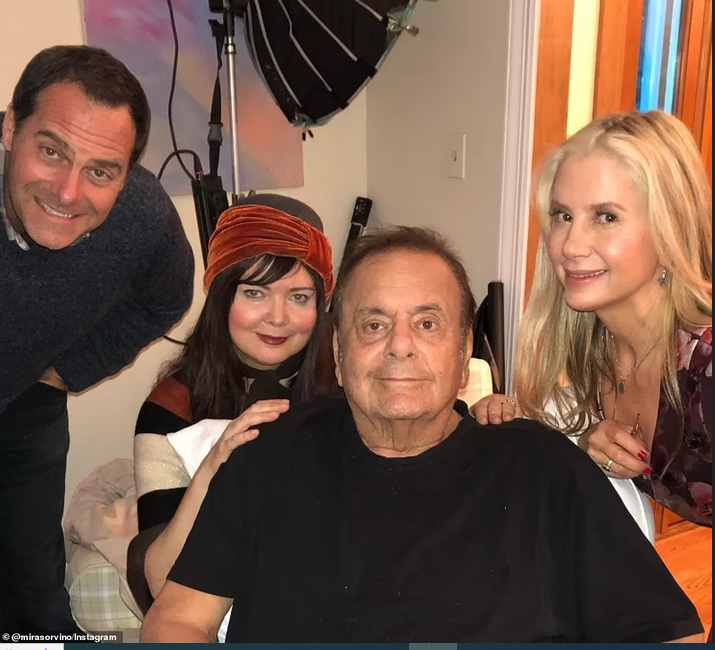 During a solid career that spanned a half-century, Sorvino portrayed James Caan’s bookie in The Gambler (1974), Claire Danes’ pushy father in Baz Luhrmann’s Romeo and Juliet (1996), Secretary of State Henry Kissinger in Oliver Stone’s Nixon (1995) and a strung-out heroin addict in The Cooler (2003).

A respected tenor who realized a dream when he performed for the New York Opera at Lincoln Center in 2006, the Brooklyn native also starred for a season as Det. Phil Cerretta, the partner of Chris Noth’s Det. Mike Logan, on NBC’s Law & Order.

In 1973, Sorvino received a Tony nomination and a Drama Desk Award for his performance as the unscrupulous Phil Romano, one of the four former high school basketball players who reunite to visit their old coach in the original Broadway production of Jason Miller’s That Championship Season, winner of the Pulitzer Prize for drama.

He reprised the role for a 1982 film, then played the coach in a 1999 Showtime telefilm for which he also made his directorial debut. He returned to Scranton, Pennsylvania, the setting of That Championship Season, to star in and helm his only feature, The Trouble With Cali (2012).

Still, Sorvino is probably best known for his turn as Cicero, who loved a good meal and sliced his garlic with a razor blade, in the ultra-violent GoodFellas (1990), which Nicholas Pileggi and Scorsese adapted from Pileggi’s 1986 nonfiction book.

Sorvino was born on April 13, 1939, in the Bensonhurst section of Brooklyn. His father was an Italian immigrant who worked in a robe factory, and his mother was a housewife and piano teacher. His parents argued frequently, and he spent time living in California with his mom before graduating from Lafayette High School in 1956.

Sorvino married actress Lorraine Davis in 1966. The pair had three children together – including Academy Award-winning actress Mira Sorvino, who is best known for Romy & Michele’s High School reunion – before they divorced in 1988.

He remarried in 1991 to real estate agent Vanessa Arico, but the pair separated about five years later in 1996.