Gareth Bale of Real Madrid, Antoine Griezmann of Atletico Madrid, Eden Hazard and Karim Benzema made up the top four highest salary receivers in the LaLiga.

Speaking about the chat, Marca journalist, Jose Felix Diaz said, “On the tax issue, there is nothing to do.

“It is a state issue. In Spain, a tax improvement is not going to be considered.”

READ ALSO;   I was lucky to have won penalty against Tottenham – Arsenal striker, Alexandre Lacazette

To give an example, a footballer plying his trade at Real Madrid must pay 45.50 percent of his salary in taxes, while this rate is set at 50 percent in Barcelona.

Sergio Busquets is Barcelona’s highest-paid player, while Gerard Pique and Jordi Alba recently agreed to modify their salaries by accepting a pay cut. 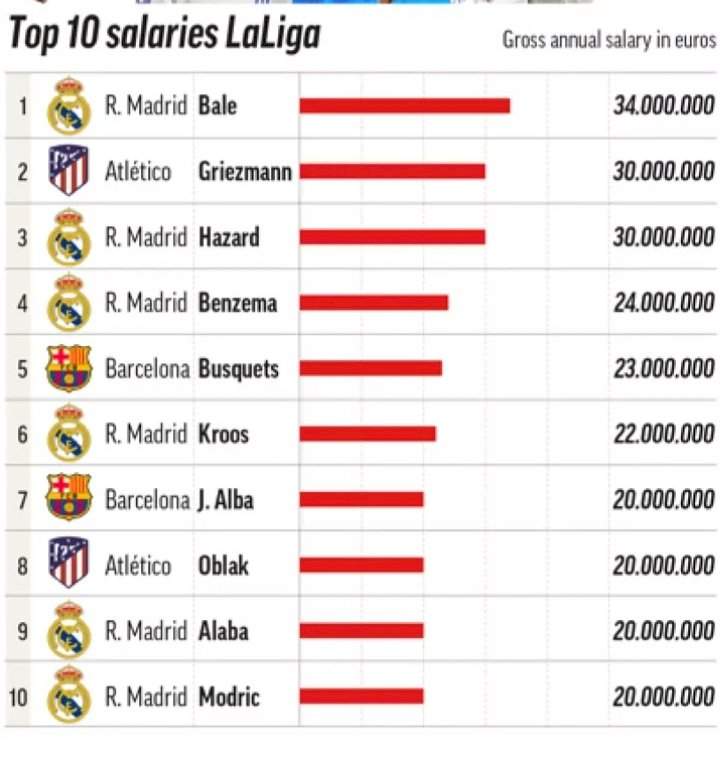