Hilary Devey Dies Aged 65 In Morocco After Long Battle With Illness..  British businesswoman and star of Dragon’s Den, Hilary Devey, has died at the age of 65 after battling a ‘long illness’.

Her publicist in a statement on Sunday, said that the Bolton-born multi-millionaire died in Morocco at her holiday home on Saturday night, June 11.

“I can confirm that Hilary sadly died yesterday. She had been ill for some time.”

Hilary shot to fame with her appearance on The Secret Millionaire in 2008 and later presented The Business Inspector in 2010.

Ms. Devey, who was awarded a CBE in 2013 for services to the transport industry and charity, rose to fame on the BBC Two hit series Dragon’s Den, and became a popular figure after her approach on the show.

Ms Devey made her fortune launching Pall-Ex, a palletised freight network, which grew into an international network with a combined turnover of over £100m.

She appeared on Dragons’ Den between 2011 and 2013 alongside fellow investors Peter Jones, Theo Paphitis, Duncan Bannatyne and Deborah Meaden. 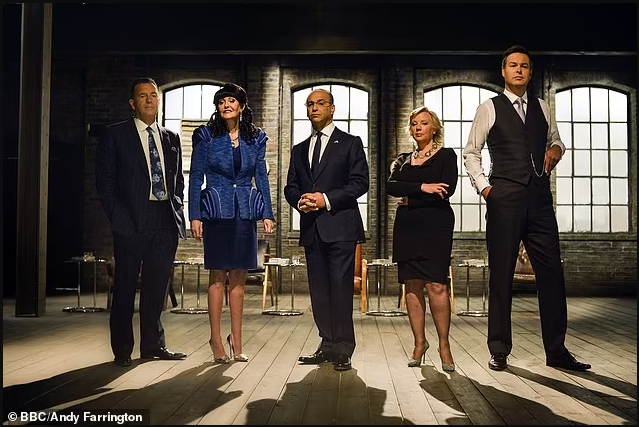 Commenting on her role in 2011, Ms Devey said she was proud to “do my part” to support the next generation of UK entrepreneurs “at a time when the banks are failing to invest in British small businesses”.

She added: “In order to set-up Pall-Ex in the mid-nineties, I had to sell my house and car to get the start-up capital necessary to fulfil my business ambitions, as none of the banks appreciated my potential.

“I would have loved the opportunity to have stood before the Dragons, and I will remember my own experiences and the realities of running a business today, when choosing to support – or reject – the budding entrepreneurs joining me in the Den.”

In 2014, she revealed her ongoing health problems since suffering a stroke five years prior, which caused her to ‘lose a third of her brain’.

READ ALSO;   How bold lady in her car asked for phone number of man walking on street (VIDEO)

During an appearance on ITV’s This Morning, she said it took her six months to ‘come to terms with it’ and she had ‘no energy to do anything’.

She said: ‘There is so much now that I can’t do. I remember coming home from the hospital and getting into the bathroom – and I thought what do I do now, I didn’t even know to turn the shower on.

‘It has taken away a lot of my life – I can’t drive anymore because it has affected my vision, I have no sensation of touch, and I have a weak left leg… but I can still walk so I’m very grateful.’

It is not known if the health issues she encountered following her stroke in 2009 was a cause behind her death.

Her charity work included her position as vice president of the Carers Trust and she was also a patron of the Stroke Association.

It is not known if the health issues she encountered following her stroke in 2009 was a cause behind her death.

Her charity work included her position as vice president of the Carers Trust and she was also a patron of the Stroke Association.