Skip to content
Advertisement
South Africa
admin
No Comments
Mother Suffers Untold Anguish In Wake Of Mob Justice…  Agnes Letsane, 69, has been on the run and living in different homes since her son, a pastor and a relative, were beaten and burnt alive by a mob who wrongfully accused them of brutally killing two children for muti.

A sangoma in Mganduzweni, near Hazyview in Mpumalanga, had told the community that Pastor Bheki Malomane and his nephew Wonder Mbuyane were behind the murders of siblings Silindile Sifunda, 7, and her sister Ntokozo, 6, who had gone missing in June 2019. The community attacked Malomane and Mbuyane, looted and burnt their homes, as well as those of their relatives.

However, after the tragic death of Bontle Mashiyane, 6, in similar fashion this month, it has come to light that Malomane and Mbuyane were wrongfully accused.

Ntombikayise Ngwenya, who is said to be the mastermind behind Bontle’s murder, confessed to police during her arrest last week that she had killed four other children, including Silindile and Ntokozo.

Ngwenya and four others have been charged for Bontle’s murder and their case is before the courts. 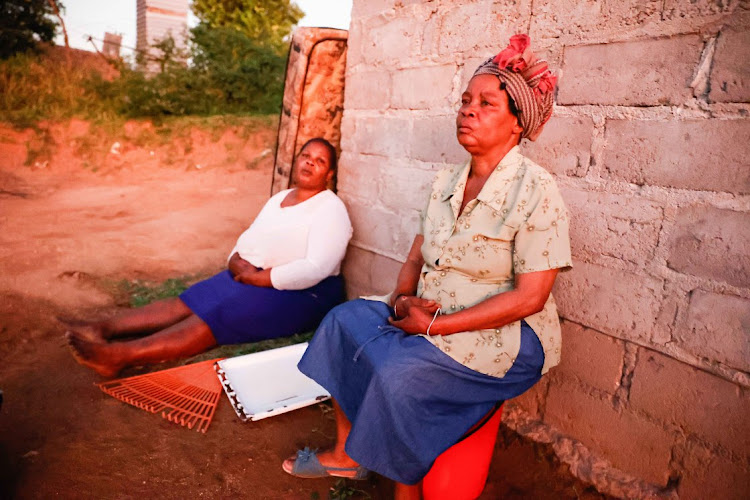 Speaking to Sowetan this week, Letsane said she had been living the life of a fugitive since the incident as some community members still believed that her family had something to do with the 2019 muti murders of the two children.

She fled her village when she heard that her relatives had been burnt alive and that her house was next to be torched. She went to the local police and was then taken to a different location to hide. She has since moved from one house to the other between relatives.

READ ALSO;   Makhadzi’s ‘Kulakwe’ trends at number 12 in the UAE

“Now that the truth has come out, I wish it can resurrect the two lives I have lost. My child’s life was taken by the very same community I trusted and that he also trusted because he served them through his church. They then turned against us,” said Letsane.

Sowetan visited Letsane’s deserted house. Its walls were still charred and there was no roof, while the overgrown grass had reached the ceiling.

Pastor Patrick Solomon Mhaule, who is the chairperson for pastoral fraternity in the Hazyview area, told Sowetan that he had to risk being labelled an accomplice by taking it upon himself to bury Malomane and Mbuyane.

“I had to be involved as a leader. We had to bury them outside Hazyview, in White River because the community had shunned the family,” said Mhaule.

“I believed in their innocence and had they been criminals they would have escaped but they didn’t. Bheki [Malomane] was not an angel but he was not capable of committing the horrific crime he was being accused of.”

Northern Cape Mayor Steps Aside After Being Charged With Fraud