Multiple women unable to sit on a plane after getting butt surgery..  A flight passenger captured the moment she noticed multiple female passengers kneeling on their seats during a flight.

In the video which has now gone viral, a number of women are seen struggling to sit properly. 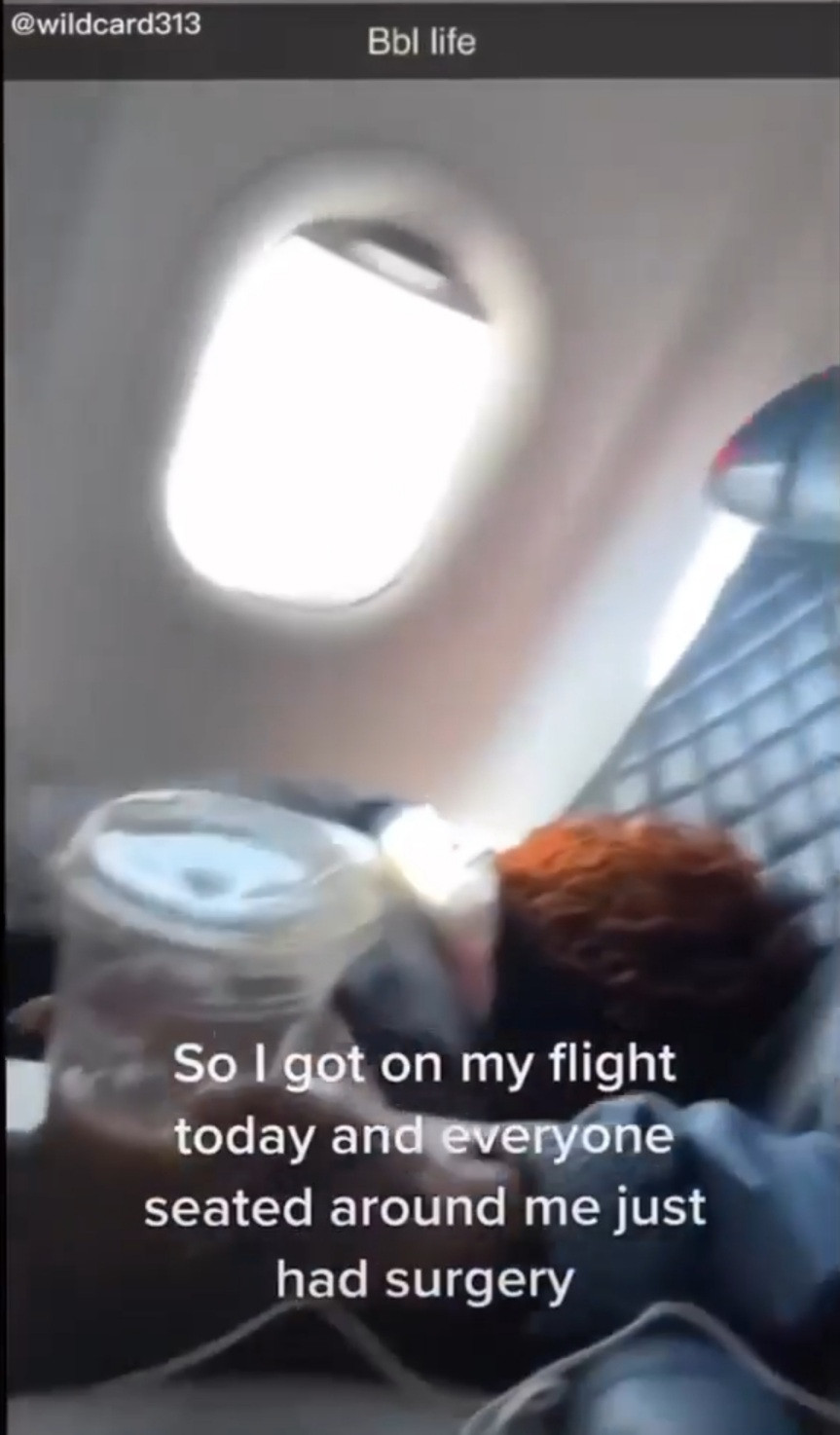 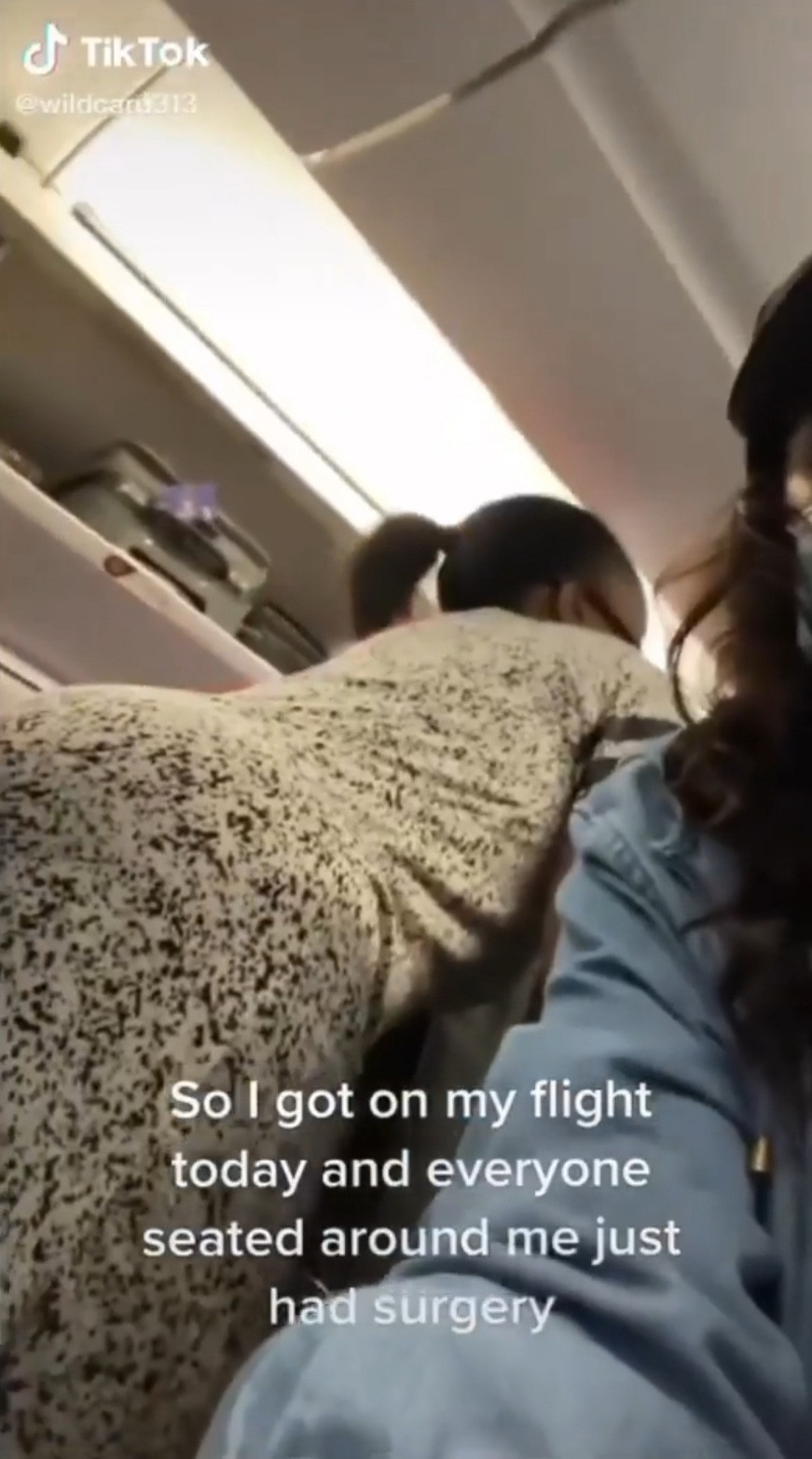 The woman filming wrote in the caption as she shared the video online: “So I got on my flight today and everyone seated around me just had surgery.

READ ALSO;   Reactions as strippers are seen performing for mourners at a funeral (Video)

“They didn’t know each other.”

She added: “Remember ladies, if you’re getting a BBL (Brazillian Butt Lift) don’t forget about the flight home. Pack something comfy for your knees.”

The video has elicited a lot of reactions.