Dave Calus was not wearing a mask while sitting in a chair watching a presentation at a board of education meeting in Webster, New York, on Tuesday night, Feb 8, when a security guard approached him and asked him to put on a face covering.

Calus said he told the guard “Thank you,” but refused to cover up. The officer persisted, saying “No, you need to put your mask on right now.”

The security guard then dragged Calus’ chair towards the back of the room. 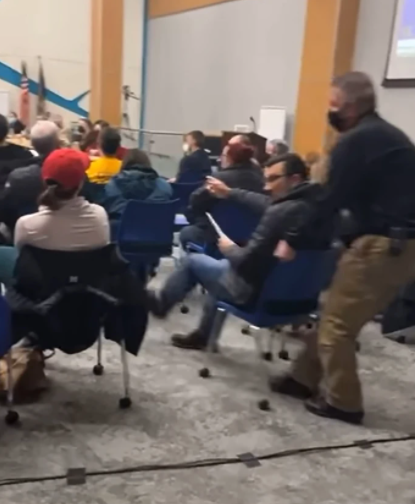 When Calus turned around to confront the security guard, the guard pushed him out of a back door, video posted to the Facebook page ROC for Educational Freedom Public Page shows.

READ ALSO;   New York City Woman finds rat in toilet bowl after it climbed in through the drain (video) 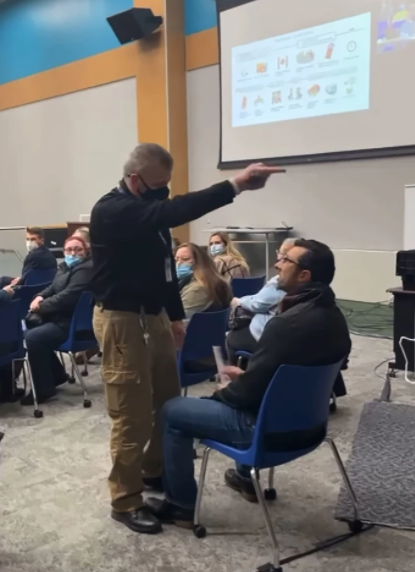 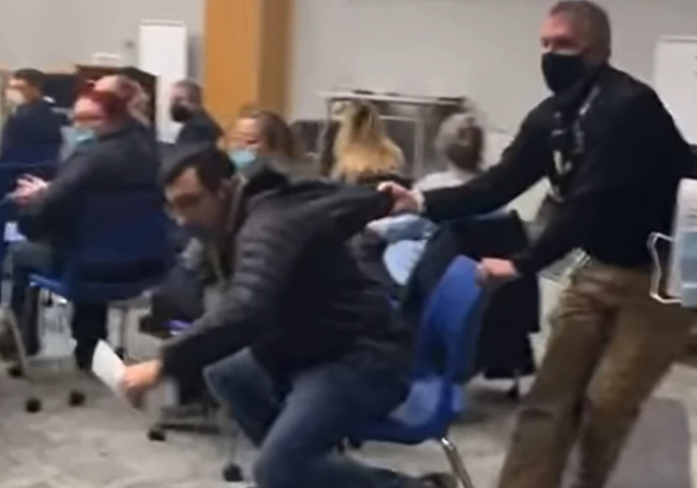 “Do you put your hands on our children, too?” another lady asks the guard.

Calus, a father of two, who has one son in high school and another in college, claims the incident was unprovoked.

Calus said on Kimberly’s Revolution podcast: “I went into the building without a mask on. I signed in and they said ‘you need to wear a mask.’ I said ‘thank you.’”

Calus said the school board separated parents who refused to wear masks from the other abiding parents.

“They were segregating masked and unmasked parents,” he explained. “The unmasked parents were going to have to sit in a classroom with a video monitoring watching and listening to the board meeting.”

He said he was sitting for about 15 or 20 minutes before the guard approached him. He was not surprised that the guard confronted him, as he had heard him approach other maskless parents and ask them to cover their faces. 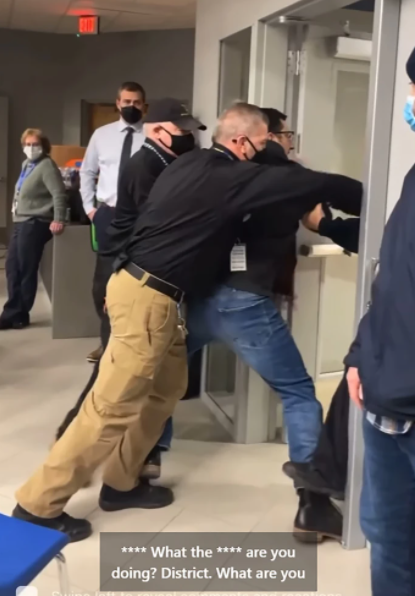 Callus had planned to address the school board about mask mandates, which he is against, before he was removed.

READ ALSO;   A Young Nigerian Man Drawn while swimming in a sea in libya

The Webster Police department said it is investigating the incident.