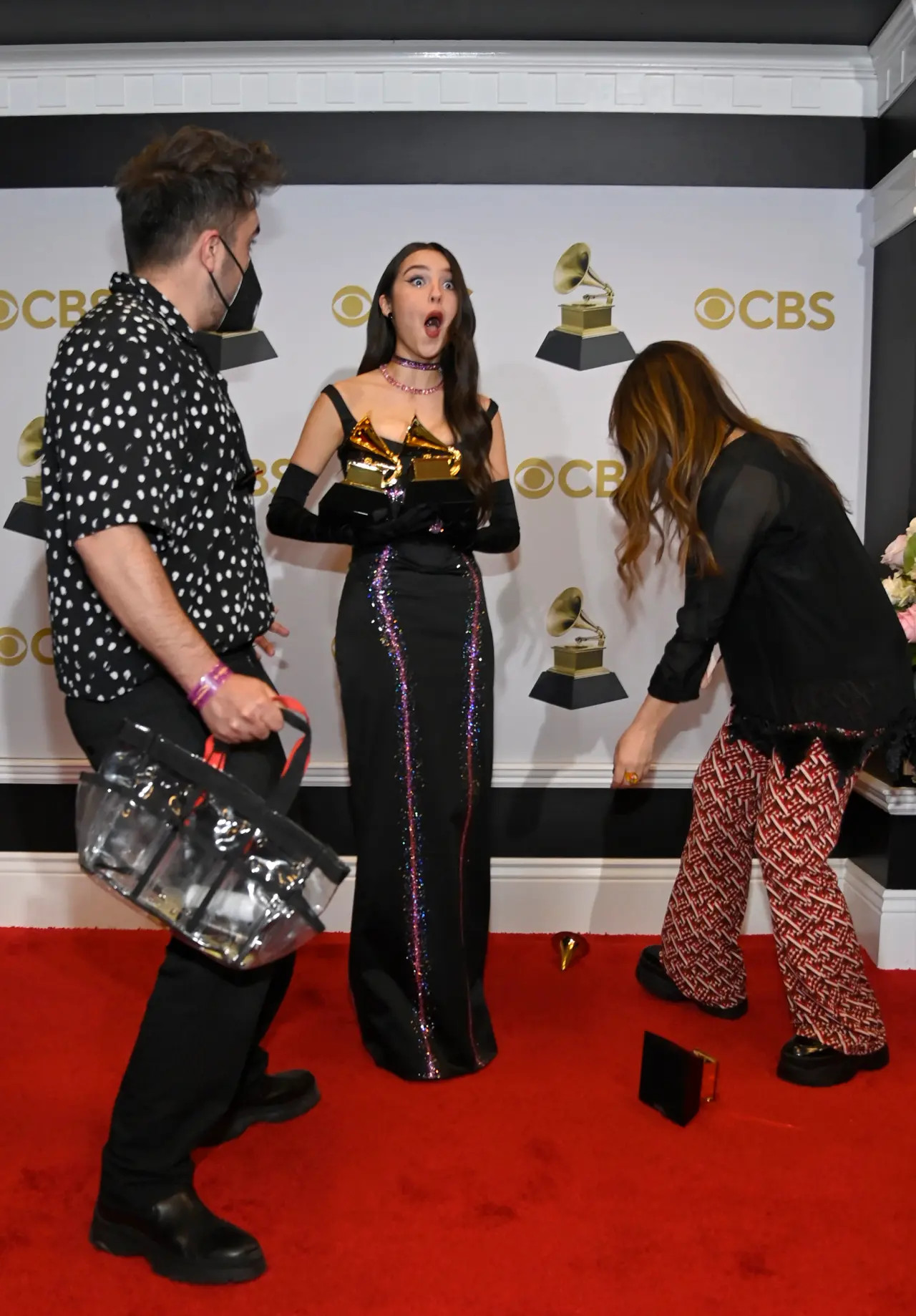 She tried to balance her three Grammys backstage at Sunday night’s awards show, only to drop and break one just like her idol Taylor Swift did 12 years prior.

READ ALSO;   Adele postpones Vegas show in tearful post, saying half of her team is out with COVID

A photographer tried to reassure Rodrigo by saying, “That’s all right” before jokingly adding, “We’ll just put it on your bill” in a video tweeted by Variety.

An assistant came to rescue and temporarily put the trophy back together so the “Good 4 U” singer could finish taking photos with three awards she won out of the seven categories she was nominated in. 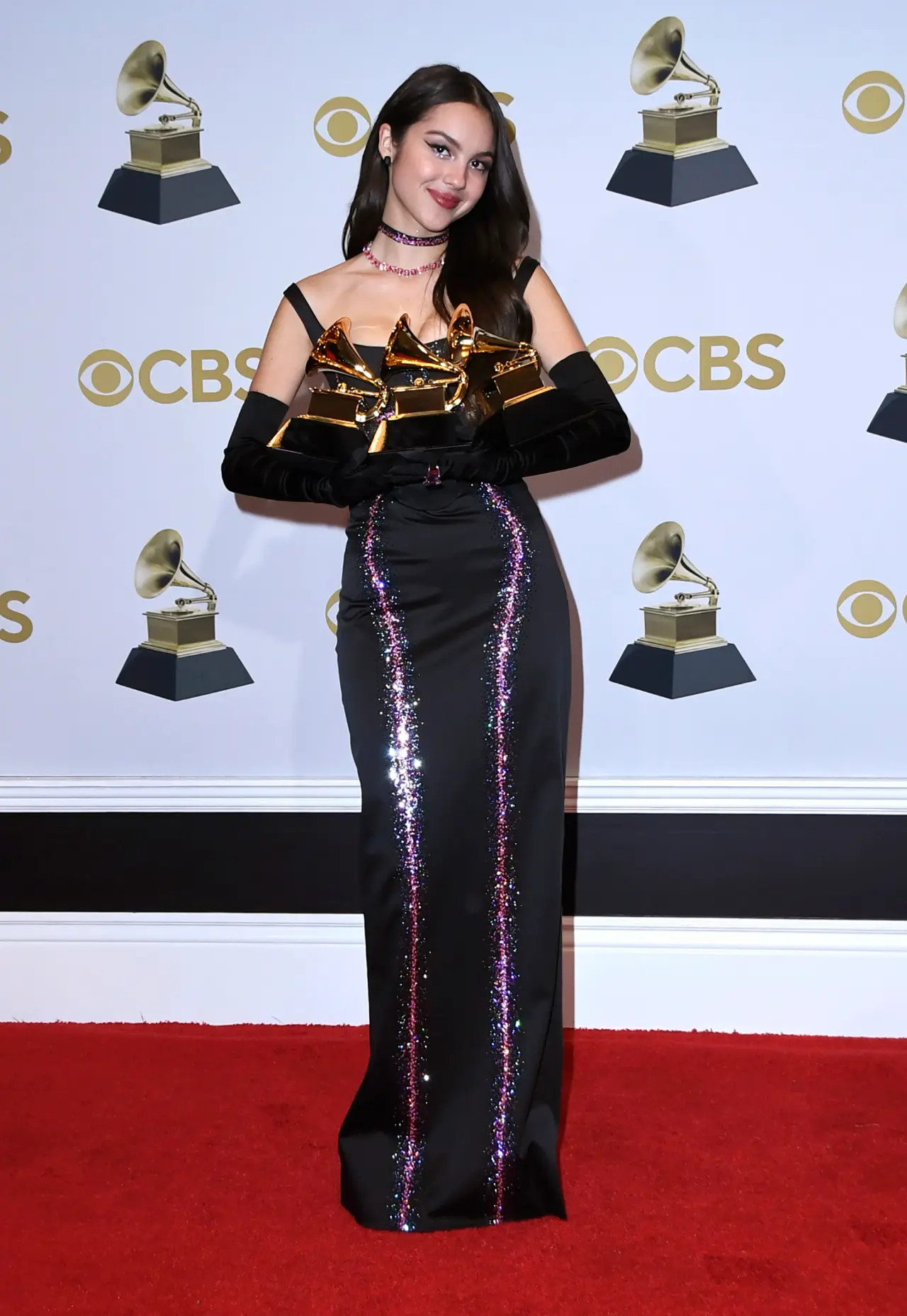 Rodrigo has long cited Swift as one of the biggest influences on her music career. The two finally got in touch after the “High School Musical: The Musical: The Series” star’s meteoric rise to fame last year, with Rodrigo telling Billboard that the “All Too Well” singer had sent her a note to congratulate her on her success.

READ ALSO;   "I don't have a family now. I was deceived and lied to" - Rapper Aaron Carter splits from fiancee one week after son's birth

During the ceremony, Rodrigo had many memorable moments. She made her Grammy performance debut performing “Drivers License” inside a vintage white Mercedes-Benz convertible parked onstage. During BTS’ performance of their chart-topper “Butter,” member V went viral for playfully flirting with Rodrigo in the audience.

#Grammy winner Olivia Rodrigo poses for photos with her trophies backstage (and drops one of them). https://t.co/rjX2S54hkr pic.twitter.com/UwON0TZa2w