..
Skip to content
South Africa
admin
No Comments
Parents Shut Down Soweto School In Protest At Bad State Of Structures…  The Gauteng department of education says the contract the government has with a service provider who failed to complete renovations worth R12m at a Soweto school will be terminated.

On Thursday, parents closed Thubelihle High School in Jabavu, Soweto, demanding the GDE addresses the issue of poor infrastructure at the school. Members of the school governing body (SGB) told Sowetan that the school has been in a bad state for the past five years.

Department spokesperson Steve Mabona said the situation at the school is regrettable.

“We understand that the service provider has been stopping and starting the project. We will interact with the implementing agent [the department of infrastructure development]…

“We acknowledge that this was not supposed to be managed in this fashion. It is really regrettable that the implementing agent could not finalise the project. The information that we have received from them is that they are finalising the termination process [with the contractor] and then they will start with the process of appointing the new contractor,” Mabona said. 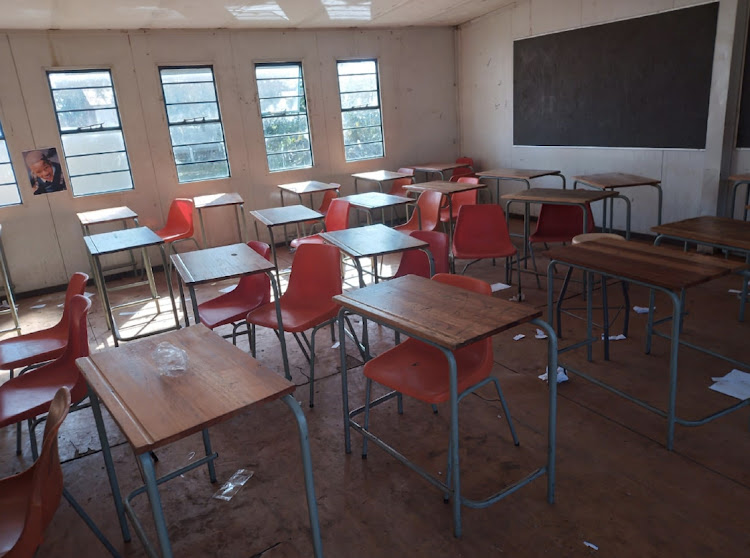 Mabona said that in the interim, the department will provide additional mobile classrooms in June which will help both pupils and teachers. He said school is expected to resume  on Friday.

Brenda Mfazi, the SGB’s treasurer, said: “On Thursday [Wednesday] there was a meeting between the principal and the parents of grade 12 learners. That is when the parents expressed their anger that the school has been in a bad state for five years now. As parents we feel we need to act and take up this issue.

“As the SGB we’ve submitted a letter to the office of the MEC [Panyaza Lesufi]. We also sent an email expressing our dissatisfaction about the conditions of the school but no action has been taken.”

The school, which is neighbouring an old church building, has a dilapidated block with a zinc roof that is falling apart. Parents fear that the roof may be blown away by the wind and harm the children. The school has an agreement with the church to accommodate grade 12 pupils at the building.

The eight mobile classrooms provided by the department are filthy, and have broken windows and holes in the wooden floors. The toilets at the school are broken with water running all over the floor.

“We are the only school in Soweto that is still using the rotational system. We have about 1,000 learners, but due to the state of our classrooms, we cannot accommodate all learners back. We want the MEC to come and meet us to address our concerns,” Mfazi said.

Another SGB member, Zukile Buda, said the department started the project of refurbishing the old classrooms in 2019 and only six classrooms were upgraded.

“Even those classrooms have not been fully completed. It is really frustrating for us as parents,” Buda said.

Pupils who spoke to Sowetan said learning inside the mobile classrooms is difficult.

“These classes are extremely cold now that it is winter. It is difficult to concentrate when we are taught. When it rains, the rain comes in because the windows are broken. It is really unacceptable for us to be expected to learn under such conditions,” said one grade 10 pupil.

Despite the poor infrastructure, Thubelihle High, which interestingly means “great opportunity” in Nguni languages, has been doing well with its matric results, achieving a 97.8 % pass rate last year. This was a big improvement from relatively high pass rates of  88% and 91% in the previous years.

Father Of Three Siblings Who Died In Ratanda Found Unconscious

Another Blow For Jacob Zuma — Billy Downer Is Going Nowhere

Mkhwebane Gives Cyril Ramaphosa Reasons Why He Should Not Suspend Her