Just before the boxing match ended, Buthelezi appeared to be boxing an imaginary opponent.

The video of the fight is going viral on social media platforms. In the bizarre video making the rounds on social media, Simiso appears to take a harmless jab from the opponent Mntungwa.

A few minutes after taking the blow from Mtnungwa, the now-deceased boxer appears disoriented and starts trading blows with an invisible opponent. He does not seem to know where his opponent is. 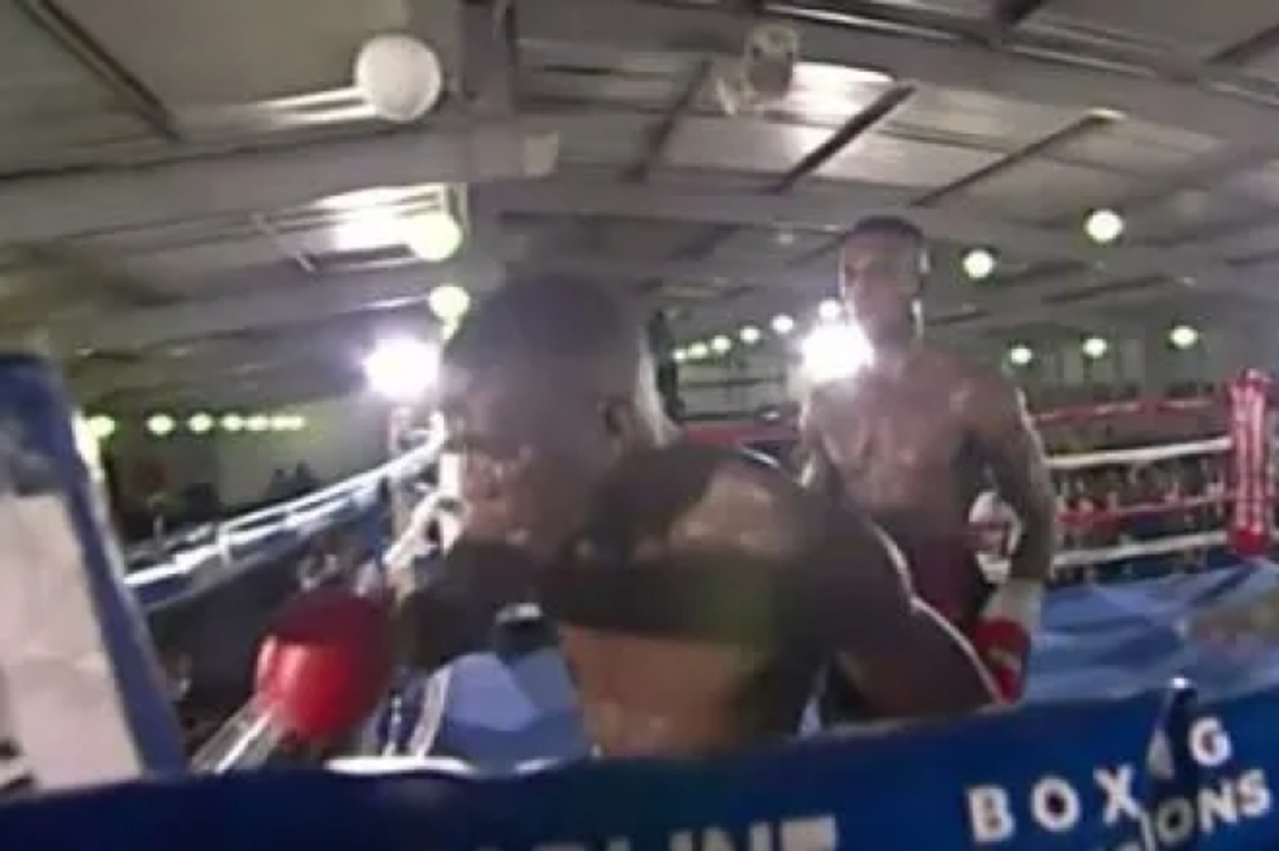 Upon seeing this shocking incident, the referee Elroy Marshal quickly sanctioned the match to stop right away.

You can watch the video below:

I was at the #boxing in KZN yesterday and this is one of the strangest and saddest things I've seen in the sport. Thoughts and prayers with Simiso Buthelezi who is now in an induced coma in hospital 🙏🏿🙏🏿 @SABC_Sport #SizenzaZonke pic.twitter.com/1097yFtKmY

I was at the #boxing in KZN yesterday and this is one of the strangest and saddest things I've seen in the sport. Thoughts and prayers with Simiso Buthelezi who is now in an induced coma in hospital 🙏🏿🙏🏿 @SABC_Sport #SizenzaZonke pic.twitter.com/1097yFtKmY

What’s more shocking about this incident, is that Simiso was fully fit during the pre-match training and never showed signs of being disoriented.

“…there wasn’t anything untoward in the fight and in training. He was leading the fight on points before the unfortunate incident occurred.

“I really can’t explain what happened to be honest. It was bewildering, but in his training and in the build-up to the fight, there was nothing untoward with regards to his condition.

“He was in good nick before the fight,” said Simisi  trainer Bheki Mngomezulu.

In confirming this sad and tragic death of Buthelezi, the Boxing South Africa club said that the boxer suffered brain injury that caused internal bleeding, resulting to his death.

‪”It is with great sadness for Boxing South Africa and Buthelezi family to annoubce the passing away of Mr. Simiso Buthelezi who passed away last night the 7th June 2022 at hospital in Durban.‬
‪

“In the 5th June 2022 Mr Buthelezi participated in a Boxing Tournament hosted by Starline Boxing Promotion at Greyville Durban‬.

‪”Towards the end of this bout, Mr Buthelezi collapsed and was taken to hospital and it was discovered at the hospital he suffered a brain injury which resulted in internal bleeding. At the hospital Mr Buthelezi was given the best care possible but he however succumbed to the injury last night as afore said,” reads part of the statement.

READ ALSO;   Khuli Chana expresses disappointment in the lack of skills in the freestyle competition