Announcing the decision, Lesetja Kganyago, the bank’s governor said in the near-term, headline inflation had increased well above the mid-point of the Sarb’s 3-6% target band, and was forecast to breach the target range in the second quarter.

“Against this backdrop, the MPC decided to increase the repurchase rate by 50 basis

“Economic and financial conditions are expected to remain more volatile for the foreseeable future. In this uncertain environment, policy decisions will continue to be data dependent and sensitive to the balance of risks to the outlook. The MPC will seek to look through temporary price shocks and focus on potential second round effects and the risks of de-anchoring inflation expectations.”

Advertisement
READ ALSO;   BBMzansi: See What Housemates Said About Each Other 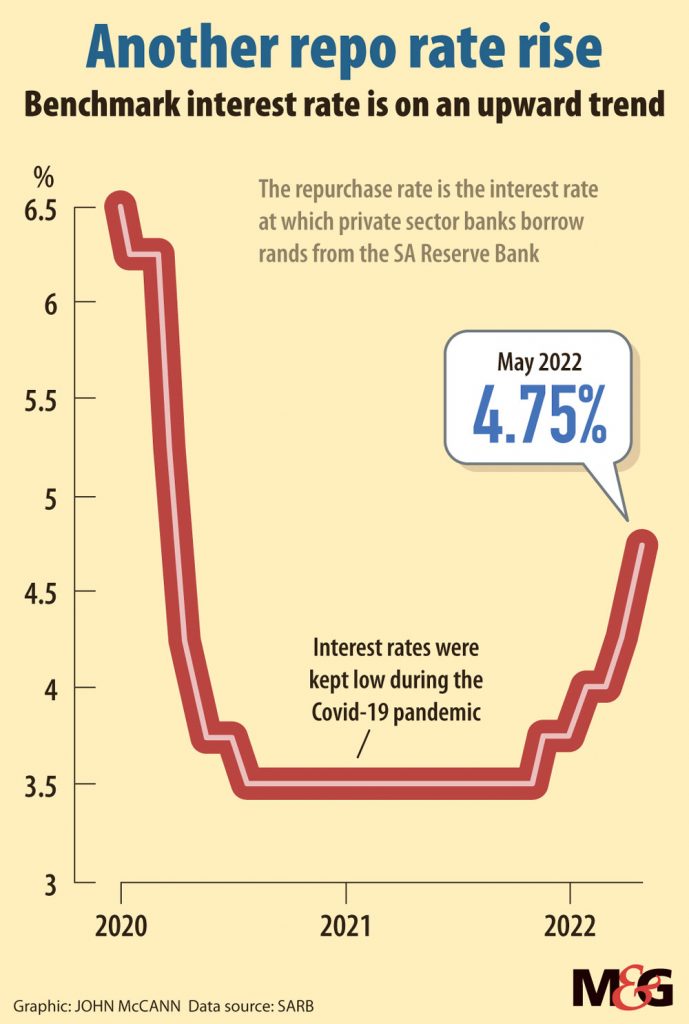 Four members of the committee preferred the 50 basis point rise, while one wanted  a more moderate 25 basis point increase.

The last time that headline inflation was above the target range was in 2017, when the CPI was 6.1% in March of that year.

South Africa is not the only nation grappling with rising inflation in the fallout from the Covid-19 pandemic. Russia’s ongoing attack on Ukraine has added to price pressures, with oil shocks and disruption in the supply chain of key products such as wheat.

Another threat in international markets that has emerged is a Covid-19 lockdown in China. Shanghai was put under lockdown in March, after the financial hub faced an upsurge in infections.

First Case Of Monkeypox Has Been Recorded In South Africa

Drama At The Funeral Of AmaMpondo King | Watch

Off-Duty Police Constable Gunned Down Outside Home In Cape Town

Life For Men Who Raped Girl, 14, Who Killed Herself Over School Victimisation

Life Imprisonment For Man Who Killed His Legal Practitioner Girlfriend