The Santa Clause Theory Perfectly Explains The Weirdest Plot Hole..  Bernard in The Santa Clause may be different from the other elves due to being the previous Santa’s son, explaining his height, age, and demeanor.

In The Santa Clause, one elf sticks out as different from all the other elves in the North Pole, Bernard, leading some viewers to theorize about what caused his unique appearance. Released in 1994, The Santa Clause has become a Christmas classic.

It centers on Scott Calvin (Tim Allen), who accidentally becomes Santa Claus after scaring Santa into falling off his roof. Although Scott is initially against taking on the role of Santa, a clause on Santa’s business card requires him to do so due to putting on the red suit. As head-elf, Bernard is key to explaining this to Scott the first time he arrives in the North Pole.

Although Bernard is one of the first elves Scott talks with, it is immediately clear that Bernard is dissimilar from the other elves in the workshop.

While most of the elves were played by children, Bernard’s actor, David Krumholtz, was 16 years old during filming, making him noticeably taller and older.

In addition, Bernard is not as cheerful as the other elves, instead acting gruff and strict toward Scott as he explains the “Santa Clause” to him.

Although these differences are never explained in The Santa Clause, one Reddit theory offers an answer. According to the theory, Bernard might be the son of the previous Santa Claus, who fell off Scott’s roof.

If this theory is true, then Bernard was originally human, explaining his height, but chose to become an elf to stay with his father.

Also due to Santa’s magic, he ages slower than most people, which would explain how he is older than Scott but still appears older than the other elves.

Additionally, this explains why Bernard is in a position of authority over the other elves since he was Santa’s son. Evidence for this theory includes Bernard’s contrasting behavior toward Scott and his son, Charlie. 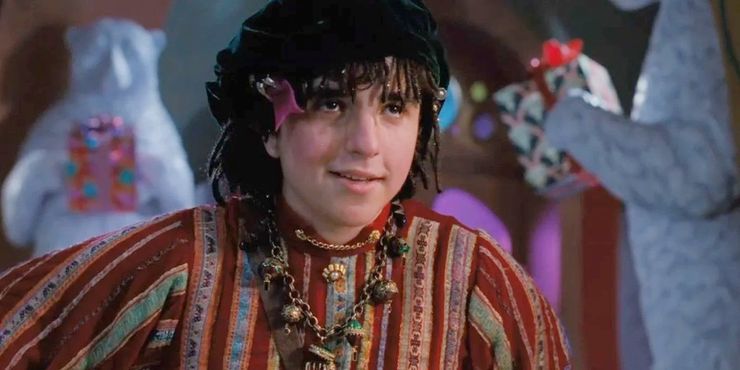 One of the key details about Bernard that supports this theory is his attitude toward Scott, especially during his first trip to the North Pole. In this scene, Bernard is somewhat grumpy and short-tempered with Scott despite Scott being his new boss as Santa Claus.

However, if the theory is true, then this scene takes place just after the death of Bernard’s father. This makes it understandable that Bernard is upset with Scott, blaming him for Santa’s death.

Due to this, Bernard strictly adheres to the rules to deal with his father’s death and still keep the workshop running, and he places the same expectations on Scott.

In contrast, Bernard is consistently kind and supportive toward Charlie throughout The Santa Clause. The best example of this occurs when Bernard gives Charlie a snow globe as soon as he meets him. Near the end of The Santa Clause, Bernard reveals that Charlie can summon his father to him from anywhere in the world by shaking the snow globe.

READ ALSO;   Watch the Trailer for Vol. 2 of the Season Finale of Money Heist (Video)

However, The Santa Clause never explains why Bernard had the snow globe with him before meeting Charlie. If Bernard is Santa’s son, then the snow globe could have originally belonged to him and been his way of communicating with his father.

After Bernard’s father died though, Bernard realized that Charlie needed the snow globe more and gave it to him, understanding what it is like to have Santa Claus as a father and miss him. While Bernard’s behavior, along with his height and age, may seem odd in The Santa Clause compared to the other elves, this theory explains why he is different as Santa’s son.

‘After Life’ season 3 review: Ricky Gervais’ humanist hit goes out on a high

The Batman trailer shows a ton of new footage

Die Hard named the most stressful Christmas film of all time

“Don’t Look Up,” sheeple! Adam McKay’s comedy about a comet that will destroy Earth, fails to hit

The Matrix Resurrection: How, where to watch new ‘Matrix,’ release date, streaming

The Northman Is Violent Viking Revenge From The Witch Director