AKA And Nadia Nakai Partying In A Club Before Alleged Fight..  Since the two rappers made their relationship public, AKA and Nadia Nakai’s romance has been on everyone’s attention.

The relationship has received much criticism from the TL, with most tweeps trolling Nadia for degrading her rap career for being just AKA’s girlfriend.

In a turn of events, the couple made headlines on Sunday after an alleged argument that occurred during their visit to the West African country.

AKA and girlfriend Nadia Nakai was spotted partying hard at a Ghanaian strip club prior to the purported blow-up that led to their rumored break-up. AKA was then booted out of the strip club following the rumored altercation, according to celebrity blogger Musa Khawula.

AKA unfollows Nadia Nakai on IG.

This comes after their alleged fight at Silver Fox. It is said AKA was kicked out of the strip club as a result of their fight. pic.twitter.com/dN9mEbch4b 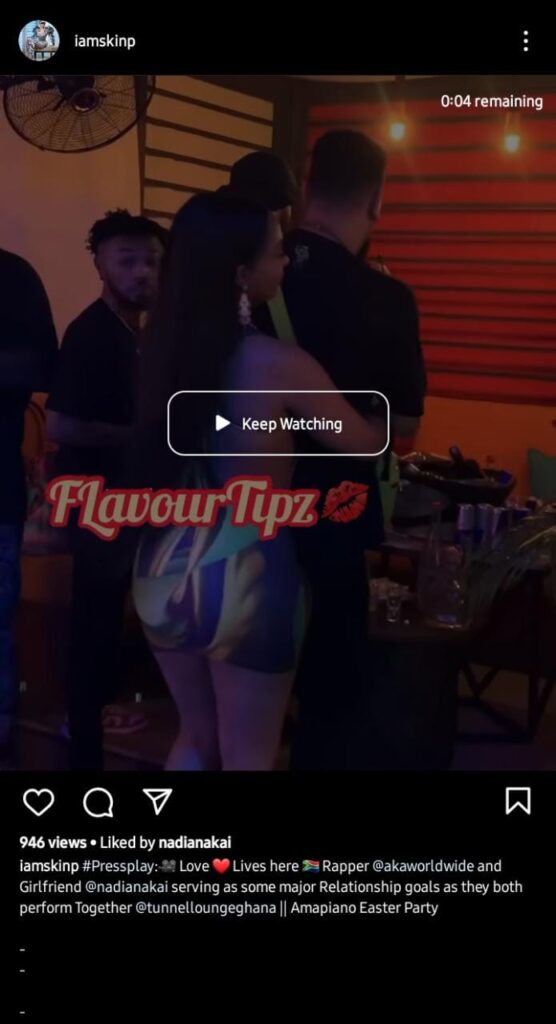 This led the couple to unfollow each other on Instagram and AKA went on and made it clear on his Instagram stories that he will not allow a woman to disrespect him. “I will never let another woman degrade me, never again,” he wrote.

Fans saw Mega had refollowed Nadia Nakai on Instagram a few hours later. Nadia had done the same thing on Monday. While Nadia has remained silent on social media since the alleged fight, AKA shared on his Instagram Stories that he was back in Mzansi and out and about on Monday night, performing at two shows.