Wearing Crown Of Thorns As ‘Blood’ Drips Down His Face As Kendrick Lamar Makes Powerful Plea For Women’s Rights..  Rapper, Kendrick Lamar on Sunday, June 26, made a powerful plea for women’s rights in the U.S. in apparent attack on abortion ruling.

Kendrick Lamar who headlined the Glastonbury concert joined a list of celebrities in the US who have been criticizing the roll-back of abortion rights in the US by the Supreme Court.

Dressed in white while fake blood poured from a crown of thorns on his head as he performed, the star proclaimed: “Godspeed for women’s rights. They judge you, they judge Christ.” 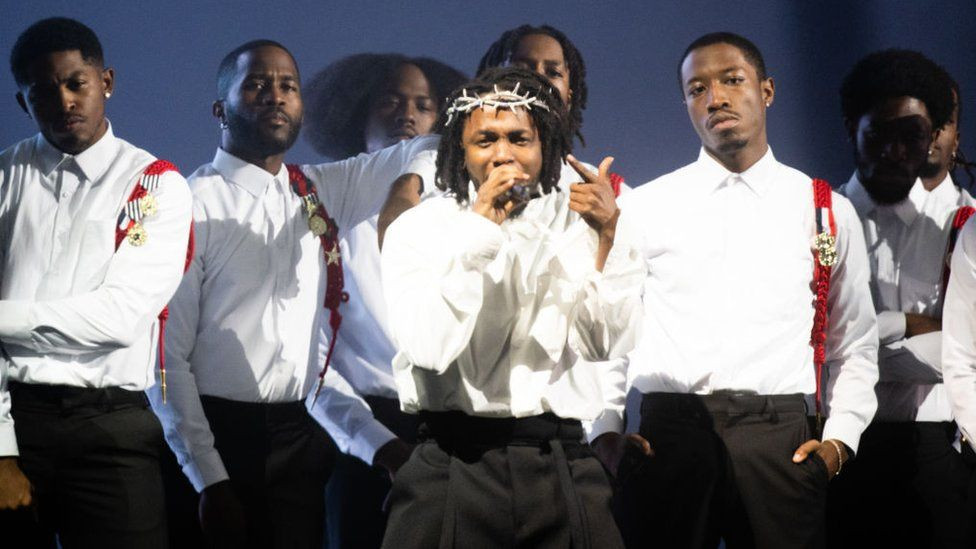 He repeated the phrase over and over with increasing intensity, eventually breaking off mid-sentence and throwing his microphone to the ground before walking off stage.

It was a befitting end to a theatrical performance during the festival. 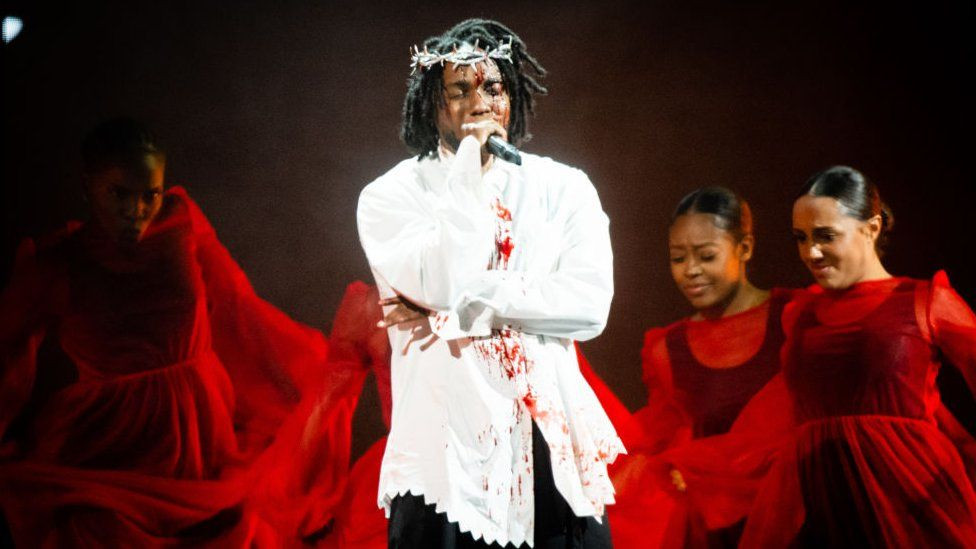 Throughout the show, Lamar, who won a Pulitzer Prize for his 2017 album Damn, addressed themes of guilt, greed, loyalty, power, ambition and prejudice, shouldering the audience’s problems by examining his own.

Flanked by 20 dancers to perform United In Grief – a song that looks back over his 19-year career and the mental health problems he has addressed over multiple albums. 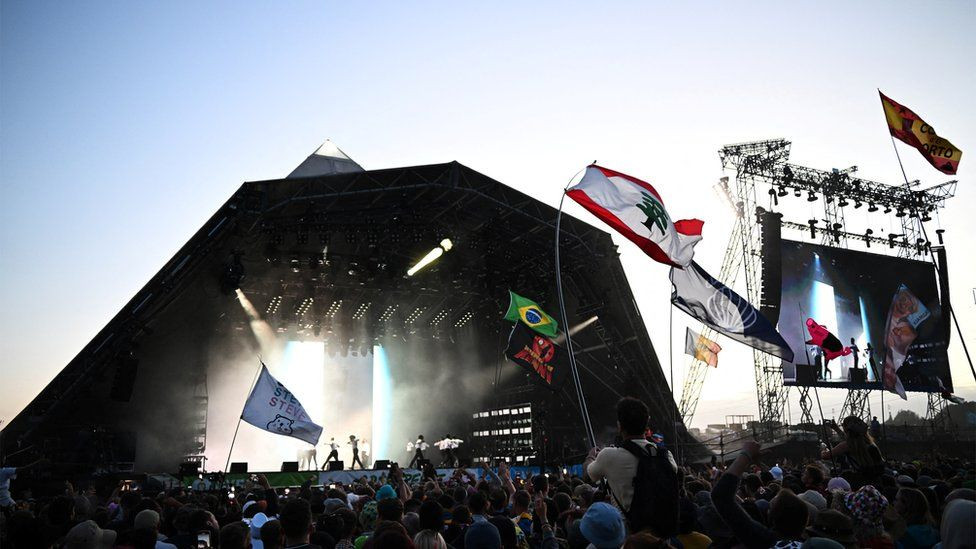 As Lamar stood still behind a mic stand, they lined up behind him, each representing a different aspect in the evolution of his personality. As they scattered, he began an almost-chronological journey through his catalogue.

Watch the video below

Chanting “They judge you, they judge Christ, Godspeed for women’s rights” over and over is one hell of a way for Kendrick Lamar to end this festival, as blood pours from his crown of thorns pic.twitter.com/78DjmnM24X

Absolutely staggering, what a weekend pic.twitter.com/hn1Q0bb4mm

READ ALSO;   US Airport in chaos as more than 2,700 flights are cancelled